The strangest smartphone camera yet 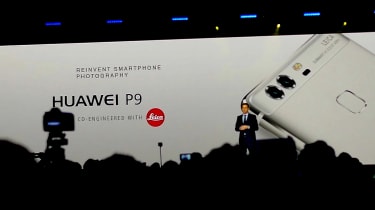 Huawei has unveiled the P9, its latest Android smartphone which packs two rear-facing cameras into its Nexus 6P-style casing.

Hiding underneath the squared-off 6.95mm thick metal unibody is a HiSilicon Kirin 955 eight core processor with four cores running at 2.5GHz and another four at 1.8GHz. It's backed up by 3GB of memory.

There's a 3000maH battery which Huawei claims is good for a day and a half of usage. It's recharged using USB-C which is increasingly common on new Android flagship phones. The 5.2in screen has a 1080p resolution and a 69 per cent DCI P3 gamut which should mean good colour accuracy.

UK models will only have a single SIM card slot, but the P9 will, of course, have a fingerprint sensor and noise-cancelling mics.

The oddest part of the P9, however, is the dual rear-facing cameras. One shoots in colour, while the other exclusively in black and white. Huawei claims its Leica-certified cameras result in not only better quality black and white photos, but also colour photos with better contrast.

There's no optical image stabilisation, but there is laser autofocus, a 16fps burst mode and a sensor with large 1.25 micrometer pixels which should result in better quality low light photos. The lenses also don't protrude from the rear of the phone.

The P9 has a bigger phablet brother in the form of the Huawei P9 Plus. It has a bigger 5.5in super AMOLED screen, more memory at 4GB, a maximum of 64GB of storage alongside a micro SD slot. Like the P9, it has a USB-C port but only the P9 Plus supports quick charging, which is an unusual limitation that we're attempting to clarify with Huawei.

Huawei states that the P9 Plus is more compact than the iPhone 6s Plus despite having the same size and resolution screen due to a slimmer casing.Like the Huawei Mate 8, the screen supports Apple Force Touch-style pressure sensitivity. This appears to be limited to the P9 Plus, a detail we're attempting to clarify with Huawei. Given that it's a Huawei-only feature thus far, we doubt many Android app developers will embrace it wholeheartedly. 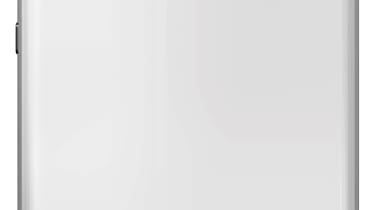 Both phones will be available in white, rose gold, grey, silver and two different shades of gold.

Both the P9 and P9 Plus will be available at end of April with UK pricing to be determined. 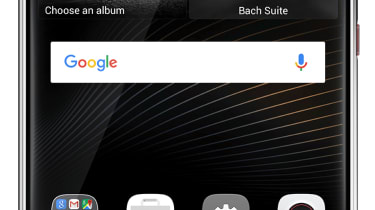