No longer the HTC One, the successor to the One M9 is almost here 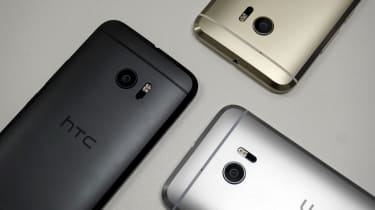 Once a synonym for all Android phones, HTC has fallen on hard times in recent years. Its once leading position in the smartphone market has been eroded not only by Samsung, but also by inexpensive yet high quality Chinese phones from Huawei, OnePlus and more. The simply named HTC 10, the successor to the One series such as the One M9, can't restore HTC's fortunes - no single phone could. But the unimaginatively-named HTC 10 does give an insight into the company's strategy going forwards.

From the rear, the HTC 10 looks a lot like the HTC One M7, M8 and M9 but the curve of its metal back is much less pronounced and feels flatter in hand. The second biggest difference between the HTC 10 and its predecessors is that edges are noticeably sloped instead of tapering gently. From the front, the HTC 10 looks a lot like the company's lesser-known One A9, but with a capacitive home button that doubles as a fingerprint reader as well as capacitive Android back and app switcher buttons.

The metal casings of HTC's phones were always ahead of their time, so it's no surprise that the 10 feels sturdy and well-made. In other respects though, HTC is playing catch up with the competition. 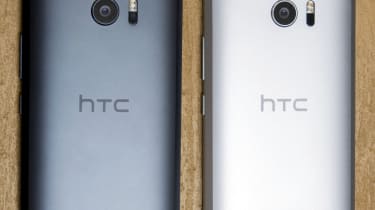 The cameras in the M8 and M9 weren't anywhere as good as the best rival smartphone cameras, so it's no surprise to see that HTC claims significant improvements here. A 12 megapixel rear facing camera with a f1.8 aperture, large 1.55 micrometer pixels on the sensor, laser guided autofocus and optical stabilisation should, if all this works, put the HTC 10 on part with the iPhone 6s Plus and Samsung Galaxy S7. 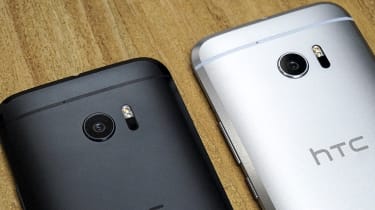 HTC has also added optical image stabilisation and a wide f1.8 aperture to the wide angle front-facing camera. HTC's bespoke camera app has a redesigned user interface which should make it easier to access advanced manual controls and options such as RAW shooting.

HTC has needlessly upped the resolution of the 5.2in screen to 2560x1440 pixels. More meaningfully, colour accuracy should be better thanks to a wider colour gamut although the level of brightness remains to be seen.

Interestingly, HTC claims the responsiveness of the touchscreen has been markedly improved. Touchscreen responsiveness hasn't generally been a problem on flagship Android phones since the move to quad core processors and more than 1GB of memory, so it'll be interesting to see if the improvement really is noticeable once we get our hands on a final review unit. 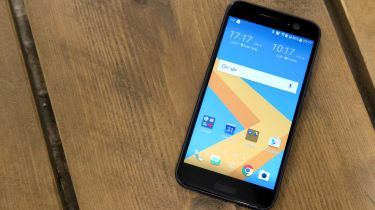 Android will still have the HTC Sense interface overlay, but it now looks much more in line with Google's Material Design aesthetic. It's less fussy than previous versions of Sense which was already fairly inoffensive on the M9. HTC has still added some extra value though, such as the ability to place icons anywhere you like on the homescreens rather than just limited to a grid, while app icons can be resized too. Intriguingly, HTC claims built-in compatibility with Apple AirPlay.

As expected, the HTC 10 uses USB-C for charging. Unusually, HTC has partnered with JBL to make a pair of noise cancelling headphones that plug into the USB-C port. The successor to the distinctive Dot View case of the older One phones now has a frosted glass look - tapping the screen with this cover attached displays higher-resolution graphics than was possible with the Dot View cases. Like the always-on displays of the Galaxy S7 and LG G5, it displays basic information such as the time and weather. It also has some handy shortcuts such as swiping down from the top to quickly launch the camera. 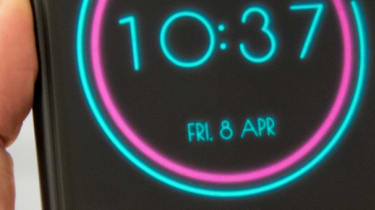 HTC has done away with the pair of front-facing speakers of the M9. This is a shame - although they increased the overall dimensions of the phone, they were among the best sounding smartphone speakers we'd ever heard. We doubt that the tweaked top and bottom facing speakers in the 10 will sound as good, but we'd love to be proven wrong. 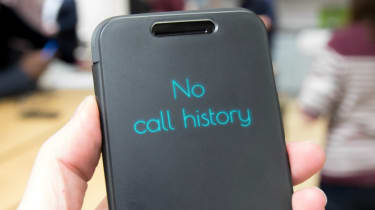 Our first impressions of the HTC 10 are good - if it's at least the sum of its parts, then it should be a competitive alternative to all the other flagship smartphones. But the problem is that HTC is running to stand still - the HTC 10 will probably catch up with the competition, but not surpass it. Meanwhile, the rest of HTC's smartphone range is dizzyingly and incomprehensibly broad. It is telling that the HTC product we (and almost everyone else) are most excited about it isn't a phone at all - the Vive VR headset. The HTC 10 will likely be a good phone, but we have our doubts that it's part of a coherent strategy for reversing the company's smartphone fortunes.