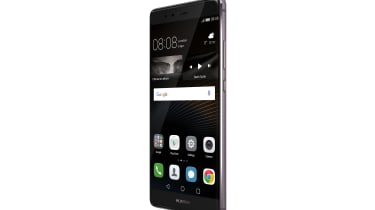 If you don't know Huawei already, you will do soon. The Chinese manufacturer is pushing smartphones like the Huawei P9 into UK markets in a big way, even shelling out for an ad campaign featuring Henry Cavill and Scarlett Johansson.

The company has some pretty serious tech chops, too - Google selected it to manufacture the outstanding Nexus 6P, which is a pretty concrete vote of confidence. While it's not quite as good as its Google-branded cousin, the P9 does have some tricks up its sleeve, most notably a bonkers dual camera setup.

The P9 isn't the first phone to come with two cameras; not only does the LG G5 sport a similar setup, it's also rumoured to be featuring on the iPhone 7 later this year. Where the P9 differs is in its use of the system.

The phone has two rear cameras, each 12 megapixels and with f/2.2 apertures, but one's in colour while the other is purely monochromatic. Combining the black and white camera with the colour lens supposedly offers better contrast, light sensitivity and image quality.

We were highly dubious of these claims at first, but we have to admit that the theory checks out - in some cases. While other phones produced landscape shots with areas that were almost pitch black, the same shots came out surprisingly detailed when taken on the P9.

Similarly, pictures snapped in bright sunlight were startlingly sharp and precise, and black and white shots were only somewhat more moody and contrast rich than colour shots taken on other smartphones and then edited in Photoshop.

Low light photography isn't quite as exemplary and is instead merely on par with the best of the competition. Oddly, some shots taken in low light suffered from a very noticeable red cast. Although easily edited out, it's an odd flaw that other flagship phones don't suffer from. Another problem is the autofocus. While very fast, it wasn't always spot-on accurate - we found we sometimes needed to manually select the focus point ourselves to get the desired part of the frame in focus. This quirk is commonplace in other cameras to be fair, but does show that manufacturer claims about autofocus speed need to taken with a pinch of salt.

The 5.2in P9 is a lot easier to hold and use than the unwieldy and much heavier 5.7in 6P. It has a similar metal build, which looks great and feels robust, but is much more slender - most notably with no bump around the rear-facing camera. The slightly boxy edges and subtle pinstripe background to the black glass panels of the phone give the P9 a retro feel. 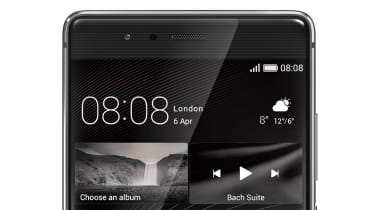 Although the fingerprint reader doesn't have the gesture-based shortcuts found on some other Huawei phones, such as the Honor 5X, it's still very fast and accurate at its primary job of quickly unlocking the phone. There is a potential downside to its location on the rear of the P9 though - this placement could make using the phone for contactless' Android Pay transactions in shops uncomfortably awkward and impractical.

Huawei has sensibly stuck with a 1080p resolution for the 5.2in screen. Image quality is glorious with dazzling brightness, deep contrast and rich-looking colours. There were no issues with the smooth touch responsiveness either.

As expected, the P9 is powered by a HiSilicon processor, the Kirin 955 (HiSilicon is a subsidiary of Huawei). Four 2.5GHz cores handle demanding tasks, with four slower but more efficient 1.8GHz cores take over on less strenuous work to save on battery life. The Kirin 955 performed in line with our expectations - while it was well below average for 3D performance, it fared much better everywhere else. Its single core results were a little behind other flagship phones, but still quick, while its multicore speeds were chart topping.

Battery life, while not leading the pack, was nonetheless very good. It lasted nine hours while continuously browsing the web over WiFi and playing MP3s. It lasted just under 11 and a half hours when playing video on a loop. When connected to O2's 3G London network and used for browsing, taking photos, placing calls and Google Maps, it lasted just over 28 and a half hours.

The biggest annoyance with the P9 has to be EmotionUI, Huawei's custom Android interface. Although Android Marshmallow 6.0 lies underneath, EmotionUI makes several annoying alterations from getting rid of the app drawer to excising Google Now from the homescreen and adopting ugly default icons. 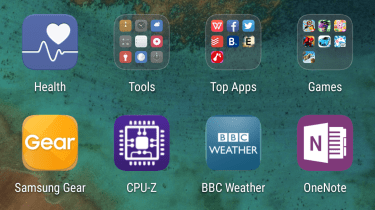 A few of the really aggravating changes from previous versions of EmotionUI are thankfully no more - Airplane Mode and Do Not Disturb toggles are now back in the Notifications Drawer where they should be, for example. If you really want a wonky iOS-style skin running on top of Android, EmotionUI is for you. Everyone else should modify it as soon as they get the phone out of the box. 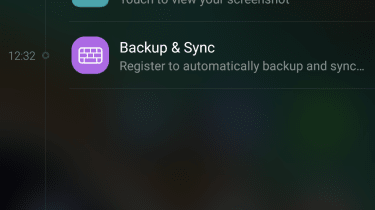 The Huawei P9 is an attractive phone with good battery life at a very reasonable price, but it's let down by camera niggles and the continuing irritation that is EmotionUI. The P9 therefore just misses out on an unconditional recommendation - especially given the strength of the similarly priced competition which includes the less fussy Nexus 5X and 6Palthough those phones are admittedly missing micro SD card slots. If you can live with its limitations though, it's a good phone.