The mini iPhone may be getting on a bit, but don’t count it out 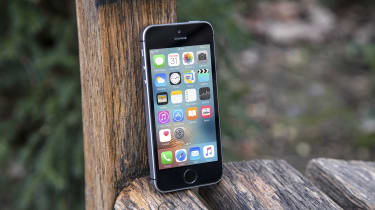 You might expect, given that the iPhone SE is now more than a year and a half old, that its performance might be a little disappointing compared to more recent phones. After all, its A9 CPU and 2GB of RAM makes it underpowered by today's standards.

And true enough, it lagged substantially behind subsequent iPhone generations in our benchmarks. The iPhone 8 Plus's Geekbench score was roughly double that of the SE, for example. 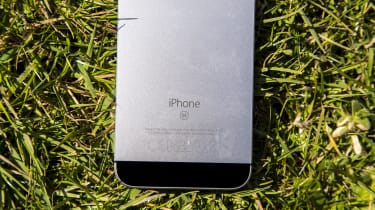 However, you may be surprised to learn that the iPhone SE can absolutely still hold its own against cutting-edge Android flagships. It wasn't far behind the Pixel 2 in Geekbench 4's multi-core tests, and comfortably exceeded its single-core score. It achieved similar successes over the XZ1 Compact as well.

There's more good news when it comes to the battery life, as the iPhone SE's battery life is still remarkable. Although it doesn't hold the record, it's up there with the best, and it even managed to last longer than both the iPhone 7 and iPhone 8 Plus by more than two and a half hours in our tests.

If your principal interest in the iPhone range is for photography, you'll be pleased to learn that the iPhone SE's camera is still excellent despite being a couple of generations behind Apple's main line. The main 12-megapixel sensor still produces bright, sharp shots with plenty of detail and accurate colours - the only let down is that the front camera is still saddled with a paltry 1.2-megapixel snapper, so say goodbye to high-quality selfies.

Aside from that the camera is perfectly acceptable. Low light and HDR performance aren't nearly as good as subsequent iPhones, of course, and advanced features like portrait mode remain absent, but for general purpose shots, it's still a great camera.

In all the excitement surrounding the latest and greatest Apple product, it's easy to forget about the lowly iPhone SE. This little device still has a lot going for it, though. It's the cheapest iPhone by far, for example, starting at around half the price of the iPhone 8. 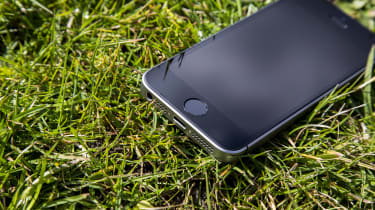 It's also the only major phone that's available in a 4in form-factor, so if you're someone that prefers a smaller device, it's basically your only option. Thankfully, you don't have to compromise on power if small is what you're after, as the iPhone SE can still keep up with modern Android flagships. Battery life and camera performance is still excellent, too.

If you're after an iPhone without the footprint or the price tag of the newest models in Apple's line-up, the iPhone SE is still well worth your time. It may be pushing two years old, but don't count it out just yet.

Despite its age, Apple's smaller iPhone is still a heavyweight when it comes to performance and value. It's also one of the only smaller phones you can get your hands on.