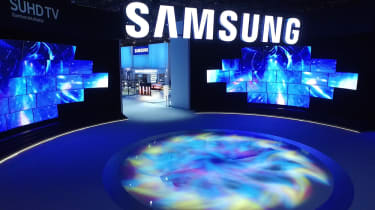 Samsung will launch its next-generation Galaxy Note phablet in mid-August, according to the latest rumours.

Reliable smartphone leaker @Evleaks, also known as Evan Blass, has claimed the Note 6 is set for debut on the week commencing 15 August.

However, Blass noted this is the US release date, so we might not see the Note 6 arrive on British soil at the same time.

The launch date is not the first Galaxy Note 6-related rumour we've seen ahead of launch, and if the rumour mill is correct, Samsung's next gen phablet is to be a monster of an upgrade.

The handset is tipped to have a 5.8in 2440x1560 QHD screen with the usual S Pen support, powered by a Qualcomm Snapdragon 823 processor or even a slightly higher-clocked Exynos 8890.

More notably, the Note 6 is expected to be the first smartphone to boast a whopping 6GB of RAM. So far, Samsung has only shipped its smartphones with a maximum of 4GB of RAM, so that's quite the upgrade. There's also talk of the Galaxy Note 6 following in the footsteps of the Galaxy S7 with waterproof IP68 certification and a 12MP snapper on the back.

Sources close to SamMobile have recently claimed that the Note 6 might see a connectivity upgrade, featuring a Type-C USB port.

Samsung is usually one of the first phone manufacturers to build in new features when they become available to manufacturers, but has so far been slow with uptake of USB Type-3 and failed to feature it in the recently-released Galaxy S7 and S7 Edge, falling behind some competitors who have already built it into their respective handsets, such as the HTC 10 and LG G5.

This is thought to be down to the fact Samsung's Gear VR headsets still rely on a microUSB connection, and given that VR is all the rage right now, it's likely that Samsung didn't want to make the switch just yet.

However, rumours suggests the Korean phone maker has finally given in to USB-C with the Note 6, which will require the introduction of a new Gear VR headset with the new port type. This is something the firm could launch this alongside the handset later this year.