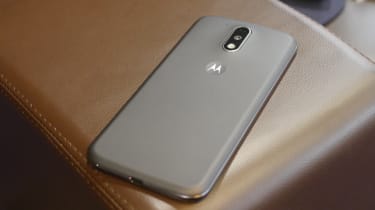 The Motorola name may be no more in the world of smartphones, but the ever-popular Moto range of Android smartphones lives on under the care of Lenovo, the owner of what used to be Motorola Mobility. The fourth-generation Moto G is simply called the Moto G4 and it's very different from previous Moto G phones.

A lot of people love phablets, with almost as many people preferring not to spend a lot of money on them. The Lenovo-owned remains of Motorola are giving those people what they want.  The Moto G4 has a 5.5in 1080p screen, up from the 5in 720p screen of its immediate predecessor, yet costs just 169 inc VAT. 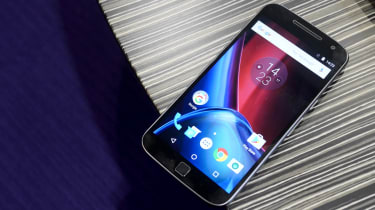 Performance and responsiveness shouldn't be a problem as the Moto G4 has an eight core Qualcomm Snapdragon 617 processor. It'll come with 2GB of memory, although this can be increased to 4GB if you buy a more expensive model with more built-in storage. 16, 32 and 64GB storage variants will be available we're still awaiting details on which capacities will also come with the increased amount of memory.

As before, the new Moto G comes with a version of Android exceedingly close to Google's stock version so there are no annoying interface geegaws. As expected, it's Android 6.0 Marshmallow and, if history is any indicator, it should receive a free upgrade to Android N not too long after Google's own Nexus phones.

The casing is still made of water-repellent plastic with a removable back cover, which is how you get to the micro SIM and micro SD slots. You can swap out the cover for a differently coloured one, but the new Moto G4 looks far less distinctive than the 2015 Moto G. The curved back, ribbed texture and dual colour scheme is gone in favour of a nylon-like material and a flat back. It still feels grippy in the hand, but the Moto G4 looks far more generic. 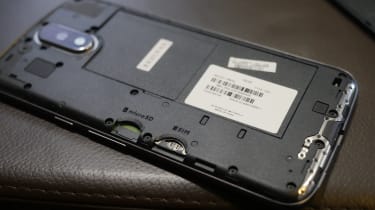 As far as we can tell so far, the Moto G4 has the same 13-megapixel camera as last year's Moto G, but if you're willing to stump up 199 inc VAT then you can buy the Moto G4 Plus instead. The new G4 Plus variant is almost identical, but has a 16 megapixel camera with laser-assisted and phase detect autofocus as well as a two-tone LED flash all missing from the plain G4's 13 megapixel shooter. 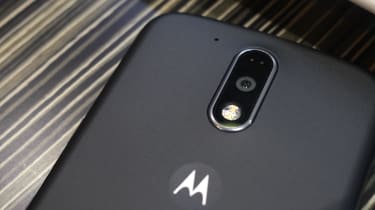 The only other difference between the two Moto G phones is that the G4 Plus has a fingerprint sensor. Oddly, it doesn't double as a home button, with an on-screen Android button bar still present.

We only had a brief hands-on with both the Moto G4 and the Moto G4 Plus, but both cameras struggled in relatively low light producing underexposed and blur-prone shots. They performed better under more generous lighting, but we'll reserve final judgement until we've seen finished production phones.

If the new Moto G4 phones are still too dear, then Lenovo has you covered with its own-brand Lenovo K5 which is even cheaper at 129 inc VAT.