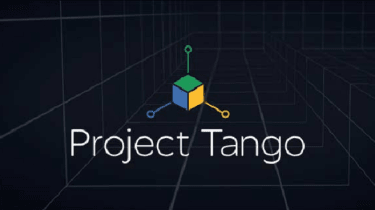 Qualcomm has revealed one of its processors has been used to help make augmented reality possible in Google's Protect Tango tablets.

The Qualcomm Snapdragon 652 System on a Chip (SoC) has been used to take the weight off the back of the main CPU in a Project Tango tablet. The first consumer device, the Lenovo PHAB2 Pro, will be available worldwide starting September this year.

The chip has been optimised to work better with Project Tango. It said that future Snapdragon 600 and Snapdragon 800-series chipsets will support augmented reality applications.

"Today, we're excited to announce the expanded availability of Tango on the popular Snapdragon 820 processor, and our plans to support Tango on future Snapdragon 600 and 800 tier processors. Tightly integrated into a single chip, the components of Snapdragon processors are uniquely equipped to simultaneously process data from all five Tango-related sensors," Qualcomm wrote in a blog post.

The processors will process data from the tablet's five sensors and three cameras. In addition to a regular camera, the PHAB2 will also boast a second camera with fisheye lens, a depth sensing camera, a gyroscope and an accelerometer.

In a video, Qualcomm also demoed the chip's capabilities on a Tango-enabled smartphone. The video showed how the device could see how new furniture would look in a room without having to move anything.

The processor relies on a technology called "Snapdragon Heterogeneous Processing Architecture". This means that chips in an SoC; DSP, sensor hub, and Image Signal Processor (ISP), all get used for compute functions in a Tango device. This means that augmented reality could be run only using an extra 10 per cent overhead compared to a normal app.

Qualcomm also said it had worked closely with Google over the last year to get Tango operational on Snapdragon. Qualcomm said it hoped that because fewer components were used in the device, it should make augmented reality commonplace in devices in the future.