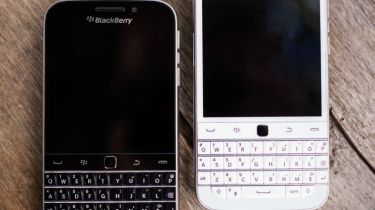 BlackBerry is killing off its well-loved keyboard model, the BlackBerry Classic.

Company COO Ralph Pini wrote in a blog post on Monday: "To keep innovating and advancing our portfolio, we are updating our smartphone lineup with state of the art devices. As part of this, and after many successful years in the market, we will no longer manufacture BlackBerry Classic."

Released in 2014, the Classic (previously known as the Q20) is a touchscreen phone also featuring BlackBerry's popular QWERTY keyboard, and running BB10 as its operating system.

It is the last existing BlackBerry model to feature the company's signature keyboard, and its demise signals a shift in strategy from BlackBerry as it plans to introduce more Android smartphones in addition to the Priv, released in November 2015.

"For many years, Classic (and its BBOS predecessors) has been in our portfolio," Pini wrote. "It has been an incredible workhorse device for customers, exceeding all expectations.

"But, the Classic has long surpassed the average lifespan for a smartphone in today's market. We are ready for this change so we can give our customers something better entrenched in our legacy in security and pedigree in making the most productive smartphones."

BlackBerry's adoption of the Android operating system comes as it tries to diversify to improve its market share.

At the launch of the Priv, Creative Intellect UK founder and analyst Bola Rotibi told IT Pro: "At the end of the day it is a recognition that BlackBerry is losing its community and the fact that even the BlackBerry messaging platform is not sufficient enough to entice clients.

"However, if they supported the Android OS then that opens up the way to leverage their value proposition and what they have been famous for to a much wider community."

BlackBerry plans to build on this strategy with the release of three new Android smartphones, the BlackBerry Neon being the first to hit the market this August, according to VentureBeat.

The demise of the Classic does not necessarily spell the end of BlackBerry's physical keyboard, though, with VentureBeat reporting that one forthcoming Android model, the Mercury, will feature it.

COO Pini told Classic users the device's BB10 operating system will continue to be supported with software updates version 10.3.3 is due to be delivered next month, and another update is set for release next year, but gave no official retirement date for the device.

He said: "For now, if the Classic is still your device of choice, please check with your carriers for device availability or purchase Classic unlocked online. We continue to actively support BlackBerry 10 with software updates and are on track to deliver version 10.3.3 next month with a second update to follow next year."