Why is Samsung selling pre-owned phones?

Korean electronics firm gearing up to enter the refurb market 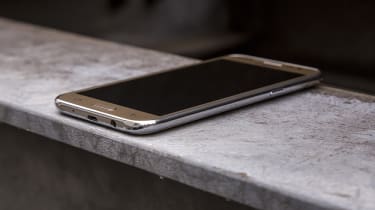 Samsung is preparing to sell second-hand versions of its own smartphones for lower prices from next year, it has been reported.

The South Korean company plans to sell on previously-owned premium models returned to vendors by customers on one year upgrade contracts, a source told Reuters.

The refurbished handsets could sport a new display, battery or outer casing, depending on its age or damage sustained.

The source refused to disclose how significantly the prices would be reduced, or the markets Samsung expects to sell the phones within.

Samsung currently sells certified pre-owned phones in the US, typically offering discounts of between $100 to $250. The models ship with the same one-year warranty as new handsets, and

The new programme is likely to be part of a strategy to push its expensive high-end handsets into emerging markets such as India.

Budget manufacturers including Micromax, Oppo and Xiaomi have chipped away at Samsung's share of the low-end Android market in recent years. Selling previously pricey handsets at a reduced cost has the potential to reach many more customers who might then be tempted to shell out for full-priced models in the future, but runs the dual risk of devaluing Samsung's market stance as a premium manufacturer.

Apple has successfully sold refurbished iPhones in some countries for a number of years, albeit not the UK, which typically sell for significantly more than Samsung models.

An iPhone tends to retain around 69% of its market value around a year after its launch, while the value of Samsung's premium Galaxy range falls to around 51% of its original price.

Samsung's new project is a bid to narrow the gap between the two, controlling the pricing while simultaneously expanding its market share.