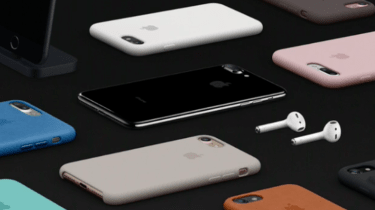 The smartphones, which Apple's Hong Kong store accidentally confirmed when it listed them on the site earlier today, replace the iPhone 6s and 6s Plus as Apple's latest smartphone offering.

Apple will hope the new devices can turn around its recent misfortunes with the iPhone after sales of the iPhone 6 drove Apple to record profits and revenue, iPhone shipments have since dipped, leading to a 27% drop in revenue for the tech giant.

Available in five colours Gold, Rose Gold, Silver, Jet Black and Black the iPhone 7 and 7 Plus continue with the iPhone 6s and 6s Plus dimensions of 4.7in and 5.5in across the diagonal respectively.

While we haven't got our hands on the new models yet, we have had a chance to take a first look at the devices on the night of Apple's launch, so here's what we think of Apple's latest top of the range smartphones.

What you need to know 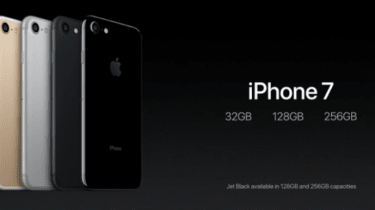 Apple has once again improved on its previous iPhone display by notching everything up a notch or two. Compared to the 6s display, the 7 is 25% brighter, and also offers 3D Touch as the 6s did to distinguish between a variety of pressures when your finger touches the screen. This means you can do perform a greater number of functions when you touch the device, as the 3D Touch technology can differentiate between various levels of pressure. The iPhone's taptic engine vibrates differently depending on your command, letting you know your command has been understood.

The iPhone 7 will feature 2GB of RAM just like the iPhone 6s. Where the devices differ here, however, is storage. Apple's now scrapped the 16GB and 64GB options, replacing them with a base 32GB, that goes up to 128GB and 256GB - if you really need it across both the 7 and 7 Plus.

The iPhone 7 will run iOS 10 straight out of the box. While Apple didn't say much about iOS 10 on the night, the new OS is available to download from the 13 September, so we'll get to try it out pretty soon. One thing Apple did say on the night is that iOS 10 will make more use of 3D Touch than iOS 9 did, so expect apps and features that make use of the pressure-sensitive technology. 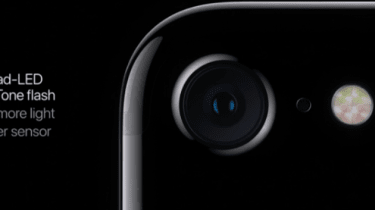 The camera, as always, was something Apple lingered on at the Special Event. Keeping the 12-megapixel camera from the 6s, the 7 does add some improvements.

Apple says the 7's camera offers three times longer exposure and claims the lens takes 50% more light onto the sensor. Its high-speed sensor is 60% faster than the 6s's, too.

The 7's camera runs on an image signal processor that uses machine learning to identify people and objects in a photo, and it can also set white balance and record a wider range of colours.

However, the camera on the 7 Plus is even better. In fact, it has two of them. One is a wide-angle 12-megapixel camera, and the other a telephoto lens. The 7 Plus can zoom up to 10x onto a picture while still being able to take a high-quality shot.

The 7 Plus has the best iPhone battery ever, according to Tim Cook, lasting a whopping 60 hours. Of course, we're excited to put that to the test, and you should take that with a whole heap of salt considering it's probably a base measurement where the iPhone is doing little else than sitting there.

Talking on 3G, the 7's battery lasts 14 hours, compared to the 7 Plus's 21 hours, and 3G/4G roaming records their lifespans as 12 hours and 13 hours respectively.

Upgrading on the 6s's A9 processor, the iPhone 7's A10 chip runs 40% faster and is twice as fast as the A8. It also has four cores and 3.3 billion transistors. 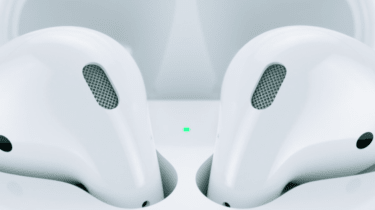 The iPhone 7's real revolutionary move isn't its battery, however. It's actually its headphones. That's right, the iPhone 7 kills the headphone jack. Apple confirmed the rumour at its Special Event, saying the 7 and 7 Plus will ship with EarPods that only connect to the iPhone's Lightning port. Don't worry if you have some beloved headphones of your own, though, Apple also includes an adaptor for them with each new iPhone it ships.

That's still not the revolutionary step, though that is the AirPods. These wireless headphones connect over Bluetooth to your iPhone and register when they're in your ears by using infrared sensors. By tapping twice you can access Siri, which seems very cool.