Move over, iPhone: Google's pulling out the big guns 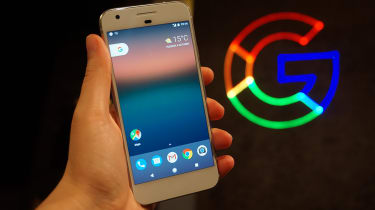 The Pixel is available in two sizes - one with a 5in 1080p display, and a larger 5.5in device with a QHD screen. Both panels use AMOLED technology and look absolutely excellent. Unsurprisingly, the bigger, higher-resolution screen has the edge in terms of picture quality and definition, but both displays are bright and sharp, with rich, vivid colours.

Like virtually everyone in the smartphone industry, Google is putting a lot of stock in its camera to give it a market advantage, and the company's investment has evidently paid off. According to independent camera benchmarking group DXOMark, the Pixel has the best smartphone snapper ever produced - beating the HTC 10 and the Samsung Galaxy S7 Edge, if only by a point.

Still, the fact remains that Google has produced a camera that can absolutely go to toe to toe with heavyweights from the likes of Apple and Samsung. It's also added a bunch of software features and optimisations for better image processing, like HDR+ and video stabilisation.

As expected, the Pixel uses the USB Type C charging standard and features support for quick charging. The company promises that with the smaller device, a 15-minute burst of charging will give you a full seven hours battery life. We'll have to wait until we can get it in and test it before we can verify these claims, of course, but if they're accurate, that could be a pretty big selling point for many people. 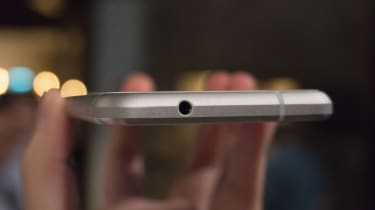 The specs were no surprise, thanks to plentiful leaks in the run-up to the official announcement. Both sizes come with a 2.1GHz Snapdragon 821 CPU and 4GB of RAM, and felt suitably nippy in practice. We couldn't put them through any particularly strenuous tests in our brief time with the handsets, but they both felt speedy and responsive.

Storage is in fairly plentiful supply with the new devices. In addition to 32GB and 128GB storage allocations, the Pixel also has a MicroSD card slot offering expandable storage. Cloud storage will also be integrated via Google Drive and - best of all - Pixel owners will get unlimited, full resolution Google Photos storage.

Here's the rub, though - the Pixel is seriously pricey. Gone are the days when Google's own-brand handsets were kings of the mid-range market. Instead the smaller 32GB Pixel will cost a fairly eye-watering 599, while the more expensive 5.5in model tops out at 819. They'll be available on contract, naturally, but it'll be a bitter pill to swallow for anyone expecting an affordable option.

Google's clearly going after a much more premium market with its hardware than in previous years, pitting itself directly against Apple and Samsung. In a way, this is a shame, as the Nexus range had a very special place in our hearts.

However, it's also gratifying to see the company getting serious about its efforts to become the market leader. It's got some serious ground to gain on Apple in terms of hardware, but it's definitely got the software chops and if it can pull off its new hardware gambit, Google could well fulfill its ambition.

The new devices are an excellent statement of intent from the tech giant, and if you can stomach the price, you'll likely find that the Pixel becomes your new favourite smartphone.