Huawei's mid-range offering puts up a good fight, but it can't trump the OnePlus 3 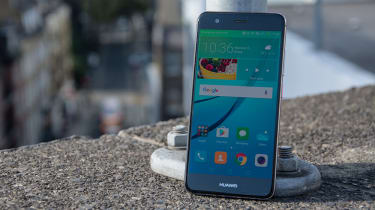 Huawei, once just another Chinese tech manufacturer, has swiftly risen to become one of the most capable mid-range smartphone makers in the industry. In fact, the company is so good that Google tapped it to manufacture the last of its first-party Nexus devices, the Nexus 6P.

Huawei has now returned to releasing phones under its own colours, starting with the Nova. Situated comfortably in the company's wheelhouse, the Nova is an attractive mid-range device, with an affordable price tag that belies some rather impressive performance.

If the Nova seems familiar, it's because its chassis basically looks like a shrunk-down version of the aforementioned Nexus 6P, from the satin-finished aluminium casing to the inlaid glass strip across the top of the rear face. There are worse things to look like, though; the Nexus 6 was a rather attractive smartphone, if a little unusual-looking.

The casing itself is extremely well-built. The rear shell is gently curved, which makes it exceedingly easy to hold, and it doesn't feel nearly as slippery in the hand as other aluminium-framed devices. The edges are also picked out with a delicate chamfer, which gives it some eye-catching detail. 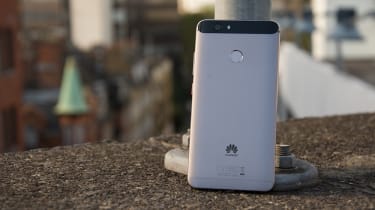 The edges of the screen are gently rounded, too. Not in the same manner as the Galaxy S7 Edge, but with the actual glass rounded off at the very edges. Huawei insists on calling this feature '2.5D glass', which is nothing short of utter nonsense, but it does catch the light in an appealingly snazzy fashion.

The Huawei Nova is equally impressive in terms of the actual display panel itself. The contrast ratio is superb, and colour is rich and vivid, while the 1,920 x 1,080 resolution is more than sharp enough for day-to-day use on a 5in display.

If we had one complaint, it would be that peak brightness does leave something to be desired, but the addition of a night mode for more comfortable night-time viewing goes a long way to making up for this.

Like the Nexus 6P, the Huawei Nova's fingerprint sensor is mounted on the rear of the device. We're still in two minds about whether or not we like its placement, though. On the one hand, it's very convenient for unlocking your phone as you're pulling it out of your pocket - particularly since you don't need to wake the screen first. 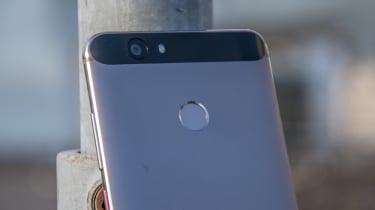 On the other hand, it's a bit of a pain if you have a habit of keeping your phone on your desk, as you'll need to pick it up every time you want to unlock it. You can always use your backup unlock method, of course, but it still feels inconvenient when compared to front-mounted sensors.

The Nova's camera performs as well as you'd expect an average mid-range smartphone camera to - which means it's perfectly adequate, but by no means exemplary. Most shots ended up looking a little noisy and lacking in fine detail, but it'll likely do the job unless you're a smartphone photography enthusiast.

Like many of Huawei's other phones, the Nova is equipped with dual-SIM capabilities, so frequent flyers can have both local and international SIMs at once. This does mean that you'll lose out on the expandable memory, however, as the second SIM occupies the MicroSD card slot.

As with virtually every new smartphone, the Nova has made the jump to the USB Type-C charging standard, ditching the older MicroUSB socket. The 3030mAh cell comfortably lasts through a full day and it's also got fast-charging capabilities, thanks to a Qualcomm Snapdragon 625 CPU. This is unusual for a Huawei handset, but it's a welcome addition, as it makes topping up your battery a breeze.

In addition to the Snapdragon 625 mentioned above, the Nova also has a 3GB RAM allocation. That's hardly going to blow anyone away, but it's a perfectly adequate configuration that delivers solid, reliable performance. While it's not topping our benchmark charts, it handled all our tests with no complaints, as well as acquitting itself well during real-world multi-tasking.

Usually, the area that Huawei phones fall down in is the software. The company insists on fitting all of its devices with its custom 'Emotion UI' overlay, which modifies the appearance and layout of the core Android OS. While many manufacturers including Samsung and LG do this, Huawei's overlay was previously the most egregious and irritating example of the practice. 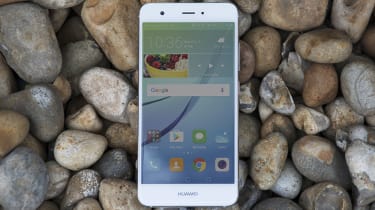 Thankfully, the company has put some effort into refining it, and the 'EmUI' skin is a lot less awkward and intrusive than it used to be. It looks slicker than previous iterations, with more rounded, polished app icons and a generally cleaner interface. Swiping through menus feels smooth and responsive, and we noticed virtually no lag or slowdown.

On the downside, there's still no app drawer - meaning all your apps are stuck on your home screen, iOS-style - and it's still loaded with enough bloatware to sink a battleship. Much of the third-party stuff can be deleted, but you'll still be left with a few stock apps cluttering up your home screen.

The Huawei Nova is a pretty solid mid-range handset, all things considered. Taken on its own merits, the Nova is a capable, attractive phone that offers good performance without blowing a hole in your bank balance.

However, the Nova has one massive problem, and that problem is the OnePlus 3. The OnePlus 3 beats the Nova in every conceivable category - from performance to battery life to build quality - and has the added edge of being even cheaper. It's also available from O2, so there's no excuse not to pick it up.

The Huawei Nova gets a lot of things right, but it's fighting a difficult battle - the OnePlus 3 is nigh-unbeatable in virtually every category.