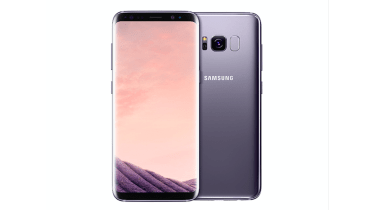 Samsung's smartphone launches are always highly anticipated events, but this year's Galaxy S8 launch is even more interesting. The company has a lot to prove with its newest product, as it's the first device to be launched since the exploding Galaxy Note 7 grabbed headlines last year.

Initial indications look very good; the S8 was well-received when it was initially unveiled, with the virtually edgeless screen and slim profile impressing critics and consumers alike. Here's everything we know about the device so far.

Read our review of the Samsung Galaxy S8 here

Samsung will miss the spring release date of Bixby it announced in April and will instead aim for a summer release.

Bixby is meant to be one of the flagship features of the Galaxy S8, especially since it has a dedicated button on the side of the device to launch the assistant.

At launch, Bixby is meant to answer questions, plan out a user's day and interact with their device. Bixby is also meant to have image searching capabilities, where a user takes a picture and Bixby can identify what is in the image and suggest actions to take. If it's a landmark, for example, the AI might offer more information on it, or if it's a product it might suggest online shopping pages.

Currently the Bixby app is available without the voice assistant, where users can see calendar entries, reminders, health data and more onto one screen for easy access.

The S8 offers both the standard fingerprint reader as well as iris scanning technology as security options for its users. Samsung promises that the Galaxy S8's iris scanner offers "airtight security", explaining that "the patterns in your irises are unique to you and are virtually impossible to replicate".

Unless, that is, you have access to a digital camera, a printer, and a contact lens, like the hackers at CCC. A video demonstrates CCC's simple method of tricking the iris scanner by printing a photo of the user taken with a digital camera on night-shot mode and then placing a contact lens on top of the photo to imitate the curvature of a real eye.

IT Proasked Samsung if it will patch the feature in time for the S8's official release, but it doesn't seem likely - the company said it doesn't consider the facial recognition unlock to be a security capability.

"It is important to reiterate that facial recognition, while convenient, can only be used for opening your Galaxy S8 and currently cannot be used to authenticate access to Samsung Pay or Secure Folder.