Sales increased by almost 50%, although water resistance is becoming a standard feature 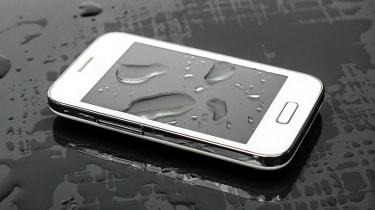 Sales of water resistant devices have increased significantly over the lat 12 months because water damage is so prevalent and often not covered by insurance policies, a report by IDC has revealed.

The company's European Quarterly Mobile Phone Tracker revealed sales of water resistant devices were up 45% year-on-year in the first nine months of 2016, while sales of devices without the feature were down 17% in the same period.

In fact, according to IDC's figures, take-up is so high that water resistant devices accounted for 23% of devices sold in 2016.

The majority of smartphone manufacturers offer at least one water resistant device, with Samsung and Huawei's efforts having the biggest impact according to the research firm. The iPhone 7 and iPhone 7 Plus were also partly responsible, attracting customers with their IP67 rating.

The company estimated more than 100,000 smartphones are destroyed by liquid damage every day in Western Europe, costing consumers more than $10.7 billion (8.5 billion) a year.

"While many manufacturers try to compete through lower price points, others differentiate by improving the user experience with screen durability and resistance to liquids, the two most common causes for smartphone damage," Jeronimo said.

"Nowadays, smartphones are used throughout the day, but with increasing usage comes a greater risk of accidents, such as dropping the device on the floor or into water," Jeronimo added. "With the advance of nano-technology and better industrial design, liquid damage is a problem that should no longer exist."