The Honor 6X may be aimed at younger users, but it has a huge amount to offer everyone 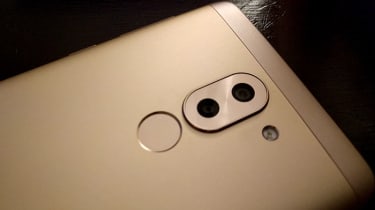 Safe to say that Honor, the Huawei-owned brand aimed at the youth market, went big with the Honor 6X at CES 2017. It dedicated a 45-minute presentation to this new release, and while it's clearly been designed for those who have no idea who Les Dennis is, there's much here to appeal to older buyers and even businesses.

Let's start with the price. At 188 exc VAT (225 inc VAT), the Honor 6X is far more budget-friendly than rival Android phones an IT manager might shortlist, and Honor's European MD who I interviewed shortly after the launch claimed that 10,000 different units were put to the sword during a prolonged testing period. With an all-metal body, it's the best-built sub-300 phone I've tested. 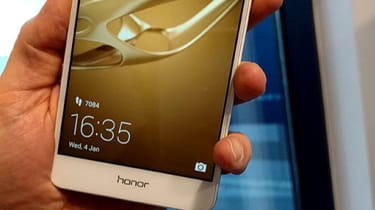 It's a speedy little beast for the price, too. I put my test unit through the GeekBench 4 tests, where it beat the Nexus 6P for multi-core performance (3,313 vs 2,848) but fell behind in the single-core tests (797 vs 1,212). There are much faster phones out there most notably the OnePlus 3T but most people should be happy with the 6X's turn of pace.

What's more, there's a juicy 3,340mAh battery inside. Honor claims the 6X will outlast even the iPhone 7 Plus, lasting for over two days under "normal" use and 1.5 days with "heavy use". Even if our in-depth tests ultimately find those claims to be optimistic, it's clear that battery life will be a strength of this phone.

The other interesting feature is a dual-lens camera, with a 2MP unit underneath the main 12MP lens. Honor couples this with some neat apps to make it easy to edit and share the results you can even alter the aperture of a photo after you've taken it, which means you can switch the focus from a foreground object (say, a person) to the background, and vice versa.

The twin cameras protrude by 1mm from the rear, but I didn't have any problems with so-called pocketability. In fact, this is a nicely sized phone when you consider that it includes a 5.5in screen. It weighs 162g and measures 8.2mm thick, both average stats, but a smooth finish and understated style mean it's a pleasure to both hold and show off, whether you choose the grey, gold or silver version.

There's only one area of potential weakness, and that's the screen. The 6X matches the OnePlus 3T with a 1,920 x 1,080 resolution, but the Honor's IPS LCD display pales in comparison with the vibrancy of the 3T's AMOLED technology. I suspect it doesn't cover quite as much of the sRGB gamut as the 3T either, but IT Pro's definitive verdict will only come when we get the unit back to the Labs.

Even if the screen measurement stats do turn out to be underwhelming, there's one final reason why this phone could turn out to be an IT Pro favourite: the inclusion of a fingerprint sensor. That's highly unusual for such an affordable phone and adds a welcome layer of security.

Note there is a more expensive 64GB version, which also includes 4GB of RAM to the 3GB of the 225 version, but with a microSD slot in the phone there isn't a killer reason to spend the extra money. This isn't a perfect phone Honor has made sacrifices but it's already looking something of a bargain.