The original iPhone could have looked very different indeed 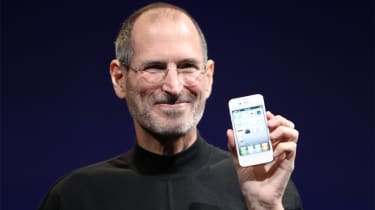 The original iPhone's touch-centric user interface may have ushered in a new era in smartphone design, but it could have looked very different indeed.

Sonny Dickson, a well-known Apple leaker, has revealed early prototypes of the operating system that would become iOS - including one that used a virtual version of the iconic iPod click wheel for navigation. The news comes as part of the iPhone's ten-year anniversary, as tech fans and pundits reminisce about the reveal of iconic smartphone.

The video shows two early variants of the software running side by side - one using the click wheel and one using a much more familiar all-touch interface. Tony Fadell, ex-Nest CEO and one of the key engineers on the original iPhone, was in charge of the team developing the former. "The clickwheel was very iconic and we were trying to leverage that," he said.

Obviously, the design Fadell's team came up with didn't win out in the end, and he stated that they knew it was a bust from the outset.

Exactly! No doubt in anyone's mind which was the right path. Those on the iPod based UI knew is was doomed. SJ pushed us, "Make it work!" https://t.co/LHq6jQaAew

However, he also stressed that it was the ideas that were competing, rather than the teams. "There were many variations as we co-evolved the designs, both [hardware] UI and [software] UIs,"  he said. "Good design process doesn't follow a straight line."