Apple taken to court over ‘Error 53’ 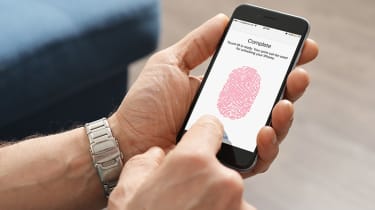 The Australian Competition and Consumer Commission (ACCC) is taking Apple to court over accusations the technology giant falsely told customers it wasn't required to fix devices that had fallen victim to "error 53".

"Error 53" had been disabling iPads and iPhones belonging to consumers who downloaded an iOS update, according to the ACCC. Many people who experienced the error previously had their home button repaired somewhere other than an Apple store. A third-party repair often caused the devices to fail a TouchID security test, prompting the error.

Once it occurred, the devices were essentially bricked, meaning the device wasn't capable of turning on and nothing could have been done to fix it.

Apple apologised for the glitch back in 2016 and issued an iOS update to correct the issue. The ACCC alleges, however, that Apple refused to examine or remedy affected devices that had been repaired by non-Apple technicians, even if the repair was not related to "error 53". This action violates the Australian Consumer Law, which provides consumers with a number of guarantees after buying a product.

"Consumer guarantee rights under the Australian Consumer Law exists independently of any manufacturer's warranty and are not extinguished simply because a consumer has goods repaired by a third party," said ACCC chairman, Rod Sims.

"Denying a consumer their consumer guarantee rights simply because they had chosen a third-party repairer not only impacts those consumers but can dissuade other customers from making informed decisions about their repair options," he continued.

The ACCC has instituted proceedings in the Federal Court. It is seeking pecuniary penalties, injunctions, declarations, compliance program orders, corrective notices, and costs.

Australia's current court battle against Apple could leave the tech company vulnerable to similar lawsuits around the world.