Huawei exec hints at Mate 10 specs ahead of October release 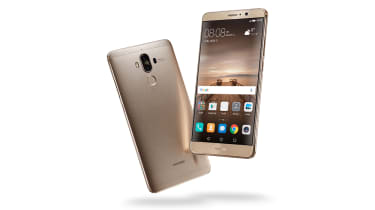 Huawei is planning to upset the current smartphone market with the release of its updated flagship device, the Mate 10.

"The Mate 10 series will surpass Apple's iPhone 8 as our phone will have much longer battery life, much faster charging speed, much better camera and photographic capability, as well as much better overall user experience," claimed Richard Yu Chengdong, chief executive of Huawei's consumer business group.

Outside of competing with Apple, reportsSouth China Morning Post, more applications for Huawei's Android smartphones will reportedly be powered by artificial intelligence and there are rumours that the Mate 10 will also sport a bezel-free display.

Chengdong hinted that the Huawei's Mate 10, set to become available in October,could be powered by an advanced machine learning algorithm a first for the company.

It has been a good year for Huawei so far; it was recently announced that 73 million Huawei smartphones were shipped during the first six months of 2017, an increase of over 20% year-on-year.

Last year, CEO Eric Xu talked upHuawei's ambitionsto become the next Samsung or Apple, promising to "leverage its technical expertise to build a premium, high end brand. We are committed to building an ecosystem with customers at the centre to build our reputation and loved brand".

He added: "It's definitely a firm strategic choice we have made to put Huawei device as a high-end device across the world. Up until today, China has not produced a high-end brand yet, therefore one can see that's a target we're reaching and in the next five-to-ten years we can possibly [overtake Samsung and Apple], but we are not sure whether that can be achieved."

With its October release date, the Mate 10 will make good on that promise by going head-to-head with Apple's rumoured release of the iPhone 8.