Used correctly, social media can be an effective tool for communicating with prospective and loyal customers 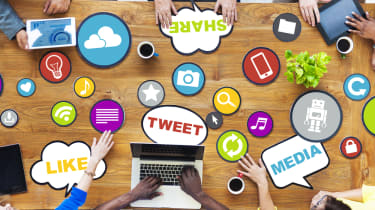 Worldwide, 2.77 billion people use social media, and that figure is only set to grow. Such a wide reach provides a world of opportunities for organisations of every shape and size, whether they've got a dedicated marketing team or have just a handful of employees.

Since it's nearly impossible to avoid and could help find and inform both prospective and loyal customers, it's never too late to hop on the social media wagon, put your organisation out there and forge some connections.

There are so many different aspects to social media that it can be hard to know where to start, which is why this will be part of a series. In this first installment, we'll discuss the differences between the four major social platforms Facebook, Twitter, LinkedIn and Instagram. Next, we'll talk about what and when to post. Finally, we'll dive into developing both your voice and your following.

When it comes to social media, each platform has different uses and styles. What works on one likely won't work as well (or at all) on another. Making accounts and trying to stay active on all four major sites would not only be overkill, but it would likely be a waste of time and lessen the value of each of your accounts. With that in mind, it's best to pick one or two and focus your attention on those.

So let's get started with a quick overview of each of the big platforms.

As mentioned above, 2.77 billion people actively use social media. 1.52 billion of these people use Facebook daily and almost another billion use it monthly. That equates to 20% of the world's population using Facebook every day, and 30% using it every month.

As such, Facebook has a very broad reach. Despite this, Facebook's algorithms prioritise personal content, not sponsored, branded, or any kind of business content. This means that if users 'like' your organisation's page, there's a chance they won't see your content as frequently as you're posting it, resulting in lower engagement.

Additionally, Facebook has recently been falling out of favor with teens and young adults, so the active audience is increasingly the older generation.

Twitter is the home of conversations. With its 280 characters, it's a great tool for customer interactions and engagement. In fact, Twitter-savvy millennials are much more likely to tweet at companies for customer service questions, comments and concerns, than they are to call.

Though it has an overall smaller base, the US and UK rank first and third respectively for most users, totalling a little over 60 million users between the two countries. Globally, six times this many people actively use Twitter each month, sending out 500 million tweets daily, or 5,787 per second.

Since the site has so much activity, organisations that choose this platform will need to be prepared to post more frequently to avoid disappearing into the Twitter void.

Unlike Twitter and Facebook, LinkedIn is geared toward a working audience that wants to build its business networks. In fact, two professionals join the site every second.

Often used during the job hunting process, companies with positions to fill and individuals searching for new positions flock to LinkedIn to find candidates and opportunities.

Finally, there's Instagram. With an aesthetic emphasis and full of carefully composed photos, it's heavy on visuals and low on text. This makes it great for promoting the company culture, events and product photos, but not the best choice for anything that requires more explanation.

Over 70% of the one billion global monthly users are under the age of 35, but to attract them to your organisation's profile, you may have to put a little more work in. Since consumers expect visually pleasing photos, it can be a little harder to post regularly especially since Instagrammers prefer accounts with themed or coordinated content (which we will come back to in part two).

Now that you know a little more about each, choose one or two platforms that work best for what your organisation is trying to achieve and give it a shot. Don't forget to check out part two for tips, tricks and suggestions about what and when to post, and part three to learn more about developing your voice and following.