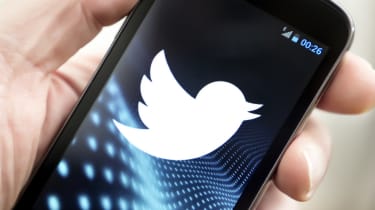 Twitter has revealed in a submission to Congress that Russian-linked bots shared or retweeted Donald Trump's tweets almost half a million times during the final months leading up to the 2016 US presidential election.

The automated accounts retweeted the Republican candidate's @realDonaldTrump posts almost 470,000 times, the social network revealed last Friday in documents shared with the Senate Judiciary Committee, following an investigation into whether the company's platform had been used by the Kremlin to manipulate the outcome of the election.

This figure accounted for just more than 4% of the retweets Trump received from 1 September to 15 November 2016, while Hillary Clinton's account got fewer than 50,000 retweets by the accounts during the same period.

The news comes a week after Twitter revealed that almost a quarter of a million of its users were duped into following more than 50,000 Russian bots during the election.

After an investigation into whether its platform had been used by the Kremlin to manipulate the outcome of the election, which saw Donald Trump become president, the micro-blogging site said that 677,775 users believed, retweeted and quoted fake profiles, which thus reached a much wider audience.

Almost a quarter of a million Twitter users were duped into following more than 50,000 Russian bots that tried to influence the result of the 2016 US presidential election, the social network has revealed.

After an investigation into whether its platform had been used by the Kremlin to manipulate the outcome of the election, which saw Donald Trump become president, the micro-blogging site said on Friday that 677,775 users believed, retweeted and quoted fake profiles, which thus reached a much wider audience.

"As previously announced, we identified and suspended a number of accounts that were potentially connected to a propaganda effort by a Russian government-linked organisation known as the Internet Research Agency (IRA)," Twitter said in a blog post.

"Consistent with our commitment to transparency, we are emailing notifications to 677,775 people in the United States who followed one of these accounts or retweeted or liked a tweet from these accounts during the election period."

Twitter posted examples of the tweets from the Russian-controlled accounts, revealing that 3,814 of them linked to the Internet Research Agency and posted more than 170,000 tweets, 8.4% of which were apparently election-related.

The social network's investigation found 50,258 automated accounts linked to Russia on its platform in total, which is some 13,512 more than it revealed to US Congress during the inquiry into the influence social media had in the election result.

In order to prevent this from happening in future, Twitter said it is enforcing new safeguards ahead of the 2018 elections, which will include scanning for bots trying to manipulate trending topics and verifying the accounts of major party candidates running for state and federal office positions.

"We have developed new techniques for identifying malicious automation (such as near-instantaneous replies to tweets, non-random tweet timing, and coordinated engagement)," Twitter added.

"We have improved our phone verification process and introduced new challenges, including reCAPTCHAs to validate that a human is in control of an account.

The social network will also invest in better machine learning capabilities to uncover and mitigate automated account activity, it said.