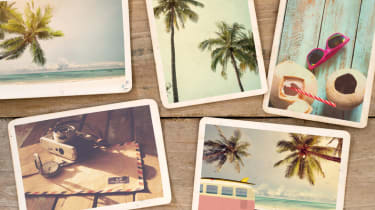 Facebook yesterday said it is set to use snail mail to verify that those posting US election ads on the social network live in the US.

Those who back candidates with advertising campaigns will receive a postcard sent by the social network with a verification code.

They must enter this code to confirm they live in the United States. However, the verification method will only apply for those wishing to back a specific candidate, rather than paying to promote a political message, such as a policy.

"If you run an ad mentioning a candidate, we are going to mail you a postcard and you will have to use that code to prove you are in the United States," Katie Harbath, Facebook's global director of policy programs, explained to attendees at the National Association of Secretaries of State conference.

Representatives of other tech companies including Twitter and Alphabet (Google's parent company) were also in attendance.

However, Harbath admitted it may not solve all problems, but is the most effective way the company could come up with to stop similar illegal activity happening on its platform.

The move comes after Facebook came under fire for allowing Russians to run ads supporting Donald Trump in the last US presidential election. It's now looking for ways it can prevent such a problem happening again.

US Special Counsel Robert Mueller said earlier this week that 13 Russians and three Russian companies have committed criminal offences by using social media to interfere in the US election.

They all posted adverts in support of Trump or against opposition candidate Hillary Clinton. It is illegal for foreign nationals to contribute to an election campaign or financially back federal, state or local election candidates in the US.