Facebook is learning that the network effect works in reverse too, as the young desert the site 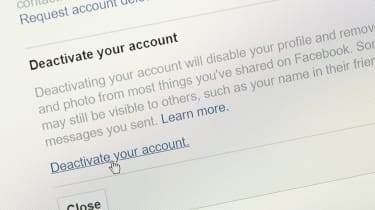 Facebook is getting a bit desperate for attention "thirsty", as the internet informs me the kids say, probably while on Snapchat. Figures from eMarketer predict that the number of people under 24 using the site will slide by 700,000 in the UK alone this year; those numbers will be mostly replaced by the over-45 crowd, like a bar that's replaced its drum-and-bass club nights with 80s singalongs.

It's no wonder Facebook is starting to fade. Over the past year, it's been criticised for helping spread fake news  contributing to the rise of the alt-right, the Brexit referendum result and Trump's election accused of harming our mental health, and most recently had its data sharing practices laid bare in the wake of the Cambridge Analytica scandal. Wired magazine ran a cover of Zuckerberg Photoshopped to look beaten up, for a feature detailing the social network's "hellish two years".

Zuckerberg himself reacted by revamping the newsfeed algorithm to boost "meaningful social interactions", ditching brand updates and media headlines in favour of pictures and posts from your friends and family.

Every time I log in to Facebook which out of habit is nigh-on daily I see the same posts as the day before. There's never anything new. And what is posted comes from high-school friends, distant relations and long-forgotten acquaintances.

That's boring for me and a problem for Facebook. The social network taught us all about the power of the network effect, the idea that the more people are using something, the bigger draw it has. If everyone you know is on Facebook, you'll sign up. That's why I did back in 2007 and why, once everyone else signed up, I stayed on for fear of missing a message or an invitation from a friend.

That soon faded, as many friends withstood the draw of social networking, meaning plans still needed to be made over email. But, as a Canadian in London, it sure was lovely to have an entire website dedicated to photos of the friends and family I missed. Most of them don't post on Facebook any more, either.

Instead, I follow my family and friends via Instagram, or they send me photos and updates directly over WhatsApp. No wonder then that Facebook shelled out $1 billion and $19 billion for each respectively.

That may sound like quite the pile of cash when the company is allegedly sliding into irrelevance, but it made $40 billion in revenue last year, despite the disappearance of its younger audience. And those apps have proven worth their price: more and more of my friends are piling onto Instagram, and even my parents have joined WhatsApp now although they're in the over-55 contingent, so maybe that's not quite what Zuckerberg wants to hear.

But what's fascinating is watching the network effect in reverse. Facebook seemed unstoppable as it hoovered up a third of the population of the world over the course of 14 years. But it's clearly not. As Myspace discovered, the network effect is powerful, but it's all about momentum and Facebook has lost that.

A friend recently asked me in person, not over Facebook whether I thought the site would survive the decade. I think it will, especially with the over-55 set propping it up. And the company itself likely has many years left, thanks in part to smart investments such as Instagram and WhatsApp.

But it's a serious reminder to other Silicon Valley giants that there's no such thing as "too big to fail". We might not be able to remember a world without Google, Facebook, Twitter and the rest but that world is only a few years in the past, and may return a few years in the future, too.