Facebook investors call for Zuckerberg to step down as chairman 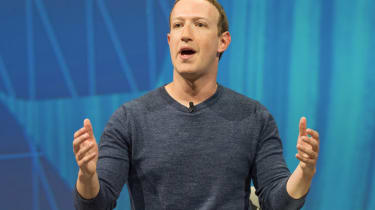 Following a number of scandals and the perceived botched handling of them, Facebook investors have called on founder Mark Zuckerberg to step down as chairman.

Shareholders from US states in Illinois, Rhode Island, Pennsylvania, and New York, as well as the Trillium Asset Management company have asked the social network's board of directors to make the role of board chair an independent position the role currently held by Zuckerberg.

A similar attempt to seek an independent chair was filed in 2017, however, this was defeated by Zuckerberg's majority control, making any such attempts largely symbolic at this stage. As such, the motion is likely an attempt to draw attention to Facebook's issues.

"Facebook plays an outsized role in our society and our economy," said New York City Comptroller Scott Stringer. "They have a social and financial responsibility to be transparent, that's why we're demanding independence and accountability in the company's boardroom.

"We need Facebook's insular boardroom to make a serious commitment to addressing real risks, reputational, regulatory, and the risk to our democracy, that impact the company, its shareowners, and ultimately the hard-earned pensions of thousands of New York City workers. An independent board chair is essential to moving Facebook forward from this mess, and to reestablish trust with Americans and investors alike."

The mess being referred to begins with the Cambridge Analytica scandal, a company found to have improperly harvested data from millions of Facebook users and used the information to influence online political campaigns.

The fallout of the scandal saw Facebook CEO Mark Zuckerberg sit before acongressionalcommittee which exposed the company's data privacy policies to public scrutiny. As a result, and in the face of public outcry, Facebook was forced to makechanges to its data collection policies, including limiting third-party access.

More recently, the company failed to protect user data after attackers stolen access tokens for 30 million Facebookprofiles, accessing the personal details of 29 million of them.

The perpetrators accessed both the name and contact information of 15 million users, including phone numbers, email addresses, or both depending on what was listed on their profile, the social media firm confirmed.

This attack turned out to be the result of three distinct bugs that combined to devastating effect, allowing malicious actors to extract access tokens through a misconfigured video uploader. This vulnerability was left unpatched for more than a year before Facebook staff noticed the issue.

Zuckerberg himself has been guilty of PR gaffs. When asked about hate speech from websites like InfoWars, and why it was still allowed on Facebook, the CEO was criticised for comparing the issue to Holocaust denial.

"I'm Jewish and there's a set of people who deny that the Holocaust happened," he told reporter Kara Swisher, in a Recode Decode podcast.

"I find it deeply offensive. But at the end of the day, I don't believe that our platform should take that down because I think there are things that different people get wrong. I don't think that they're intentionally getting it wrong."