Musk can take us to Mars, but only if he gets off Twitter

Inflammatory tweets have tarnished his reputation, but Musk can still send us to other worlds 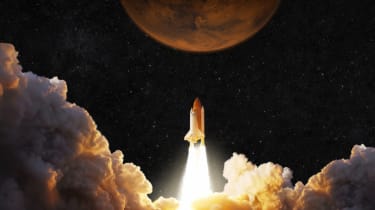 One of my highlights from 2018 was Jaron Lanier's book 'Ten Arguments For Deleting Your Social Media Accounts Right Now'. It hasn't convinced me to delete Facebook or Twitter, but it has opened my eyes up to certain online behaviours.

Lanier is a celebrated tech pioneer, cited as the man who coined the phrase 'virtual reality', and a prolific writer who regularly discusses the dangers of overusing digital technologies and social media.

"Ordinary people are brought together in a setting in which the main - or often the only - reward that's available is attention," he explains in his book. "With nothing else to seek but attention, people tend to become assholes, because the biggest ones get the most attention."

One tech entrepreneur who was guilty of this type of online behaviour in 2018 was Elon Musk. His 2018 tweets have earned him a lawsuit, caused his company's shares to drop and also sparked an investigation by the Securities and Exchange Commission (SEC), which ended his chairmanship of Tesla.

Hoping to right this wrong and explain himself publicly, Musk appeared on 60 minutes for an interview with Lesley Stahl where he discussed these shortcomings, in his overly candid style, but somehow managed to round off the year by further tarnishing his reputation.

When asked if he's had any tweets censored since he had reached a settlement with the SEC, Musk replied "no" with a confused face. He looked more puzzled when pushed on the subject of his Twitter account.

"The only tweets that would have to be, say 'reviewed' would be if a tweet had a probability of causing a movement in the stock," he said. "Otherwise it's 'hello, first amendment'. Like, freedom of speech is fundamental."

As true as that statement is, freedom of speech can be, and often is, used negatively, like calling someone a "pedo" or saying fraudulent things about your company online, for instance. But freedom of speech should never come before the old adage 'if you can't think of anything nice to say, then don't say anything at all'.

As Lanier rightly points out, social media platforms draw out the worst in people that seek attention, and Twitter is a prime example of it. Sending out something controversial and sitting back to see the retweets and the mentions is a game played by many a social shark, like Piers Morgan or Katie Hopkins.

But Musk isn't necessarily looking to shock people with his saucy tweets they're more of a side-effect of an overly confident man. Musk made a name for himself as a visionary, daring to tell us his dreams of space travel and his ambitions of living on Mars. These were almost crazy notions when he first said them, but self-belief can be a powerful thing.

The late Muhammed Ali told the world he was the greatest long before he'd even won a title fight. He waxed lyrical about his perceived greatness at every opportunity, initially earning himself the nickname 'The Louisville Lip'. Thankfully Ali didn't have the platform of Twitter in the 60s. He's fondly remembered for his quick wit and iconic quotes, but that might not have been the case if they were shared to the world through an angry Twitter rant.

Ali wouldn't have been, well, 'Ali', if he had a social media account that he couldn't stop using. Which is where Musk is at right now. As he said on 60 minutes, "I don't want to try and adhere to some CEO template". Instead, he wants to be free to express himself, at all hours of the day, to his 23.7 million followers. Each of whom has witnessed a sort of ego-driven self-destruction gradually play itself out on Twitter.

'Cool' Musk was trending on the platform in September for smoking a joint during an interview on The Joe Rogan Experience. Addressing this in the 60 minutes piece, Musk said that anyone who watched the video could clearly see he didn't know how to smoke pot, which, he claimed, proved he wasn't a regular user. Regardless of his reasoning, it doesn't take a genius to work out that this wouldn't go down well with investors, and he's meant to be one.

The right headspace is space

The thing is, I like Elon Musk. I do think he's a genius. And, it's clear that NASA and many within the space industry think so too. Over the course of the year, as he tweeted himself into one PR mess after another, SpaceX made a string of successful rocket launches, most of which went largely unnoticed because of his online shenanigans. This is truly groundbreaking work.

The Falcon 9 reusable rocket, launched in 2015, is a fantastic achievement for spaceflight and the company has only refined the technology since. At the start of 2019, SpaceX will test the Dragon spacecraft with the aim of sending two astronauts to the International Space Station. If successful, it will be the first launch from US soil in over a decade.

This should be the only thing Musk needs attention for in 2019. I'm all for people being themselves and "real", but I'd much prefer it if Musk concentrated on the surreal and built a rocket to fly us to Mars.