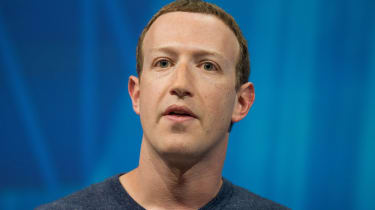 Facebook suffered from a huge outage on Wednesday this week, which saw its family of apps down across America and Europe, just as news reports of a potential criminal probe surfaced.

All four of the company's major apps, Facebook, WhatsApp, Instagram and Messenger all encountered problems, which started at 12 pm ET (4 pm GMT) and lasted for more than 14-hours, according to the BBC.

Facebook confirmed that the issues were due to an upgraded server configuration, which seemed to take down all four of its apps in various places across Europe, the Americas and even in Australia and New Zealand.

"Yesterday, we made a server configuration change that triggered a cascading series of issues," a Facebook spokesperson said. "As a result, many people had difficulty accessing our apps and services. We have resolved the issues, and our systems have been recovering over the last few hours. We are very sorry for the inconvenience and we appreciate everyone's patience."

It took some time for the social network to solve the issue and even longer for it to release further details about the nature of the outage. Initially, parallels were drawn between what happened with Google's global outage on Tuesday. For network monitoring firm ThousandEyes, it's an "unlucky coincidence" that the two tech giants have experienced significant global outages in the last twelve hours, but they spotted the signs of upgrade issues long before it was confirmed.

"The cause would appear to be internal rather than a network or Internet delivery issue - for example, we saw '500 internal server errors' from Facebook," a spokesperson said.

"Given the sheer scale and continuous changes that these web-scale providers are constantly making to their applications and infrastructure, sometimes things break as a result of these changes, even in the most capable hands."

The spokesperson added: "When investigating Facebook's issues, we're not seeing any Border Gateway Protocol changes that are affecting connectivity, packet loss or latency. Since Facebook uses its own backbone network, it's not clear and we don't have insight as to how an external transit route issue would cause a disruption within the internal Facebook network."

Whatever the reason, it's another big incident to add to a long and growing list Facebook is dealing with. And, it's isn't stopping there; according to The New York Times, the company is facing a criminal investigation for alleged data sharing deals with two other tech companies.

A grand jury in New York has subpoenaed records from at least two "prominent" makers of smartphones and other devices, according to The Times, which cites two anonymous sources. These two companies are said to have entered into partnerships with Facebook, providing access to the personal information of hundreds of millions of its users.

The Times had previously reported that certain companies were allowed to see users' contact information and other personal data without consent, but the practice has been mostly phased out over the past three years.

"We are cooperating with investigators and take those probes seriously," a Facebook spokesman said in a statement. "We've provided public testimony, answered questions and pledged that we will continue to do so."