Jimmy Wales has high hopes for WT:Social, but it's going to take a miracle for it to work 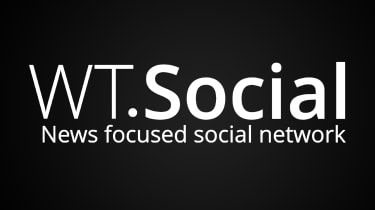 Love it or hate it, social media has become an integral part of life on the internet. If you want to keep up with friends, family, news, hobbies, memes and more, then the handful of big name sites – notably Facebook and Twitter – are your obliged destination. For the privacy conscious, however, these sites are less than appealing and their habits of selling on user data have left some people looking for an alternative.

And so it's in this environment that Wikipedia founder Jimmy Wales has stepped into the breach with the launch of his latest project, WT:Social.

While you may not be familiar with Wales himself, you will certainly be au fait with his biggest success – the online encyclopaedia Wikipedia. It's among the most visited websites in the world and, along with his work in supporting a free and open internet, led to him being inducted into the Internet Hall of Fame, as receiving multiple other accolades.

With that in mind, it's baffling to see someone who has such as a deep understanding of what works on the internet make such a misguided effort to create a successful contemporary social media product.

The website will be "news focused" and will allow users to edit misleading headlines and handpick "SubWikis" – groups that tailor the user's interests to see relevant news only.

These mission statements point to one demographic and it's those who want a more private online experience – those who might find a home at WT:Social. Indeed, since it launched in October 2019, the site has amassed 200,000 users, which is great. Good for Wales and WikiTribune. But, good luck getting the number of users needed to compete with the social media octopus that is Facebook.

Let me set the scene. You're at a restaurant sitting around a table while enjoying a few laughs and shared stories with friends. After an hour into the enjoyable evening, the conversation dips and you mention this new social media site you've been using. People turn to you, intrigue painted on their faces. They're expecting something good here. 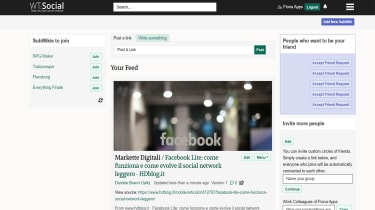 You then have to be the one to convince an entire group to join a brand new social network, which looks frankly like a 2000s HTML website. There's a further stumbling block: the £10 membership fee. In a world where most people are used to accessing content on the internet largely free of charge, this for many will be a hard pill to swallow. What's more, nobody else they know is on it.

I don't want to be that guy. I want to be the guy scoffing at the person who dares to raise such a ridiculous notion. And that right there is the problem faced by the privacy-conscious member of a social group. It's a hard sell for those who might not care that much about intrusions into privacy when in return, they get a polished and engaging experience. When it comes to social media, word-of-mouth is powerful marketing and for WT:Social this is likely to fall flat.

No gap to fill

The main issue I see with the site is that it may veer away from being a social site altogether. It focuses on combatting fake news and providing users with the facts in a private environment. But without a social flavour, who can it really attract?

When a social media company focuses on news and not the social, there's no point in it. Reddit is a good example of a site where users can catch up on news and be social with strangers. So aside from being more private, WT:Social doesn't really have a significant niche.

Despite all this, I like the idea of WT:Social and what it stands for. You could also argue that it doesn't really compete with the Facebooks, Twitters and Reddits of this world and will be content with a smaller, more targeted (and dedicated) user base.

That's not necessarily to its advantage, though, as many of the privacy minded already have a social media home. Diaspora, which burst onto the scene in 2010, is also an ad-free and non-data collecting platform and while it may take a little more technical nouse to get going with initially due to its federated architecture, it's already built up an active user base of around 750,000. What's more, it's free. While this number pales in comparison to Facebook's 2.41 billion, there is evidence of people that choose privacy over popularity. Unfortunately for Wales, it also means many, if not most, of these people already have a home.

If he wants his latest venture to take-off, I think he's in for massive disappointment unless the site can find a way to attract the masses, or Facebook gets hit with a company-ending catastrophe. People want privacy, but for the most part not they will sacrifice it for convenience.