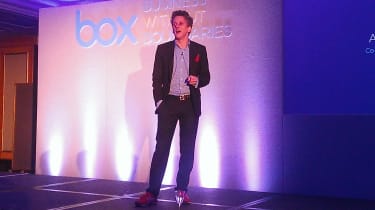 Box customers can now store and access data across multiple cloud zones from inside a single instance of its Box Zones tool.

The enterprise content management firm has expanded on the capabilities first introduced to Box Zones when it launched in 2016, which allowed customers to store data within a specific region of their choosing - the UK, Germany, Ireland, Japan, Singapore, Australia, the US or Canada.

With today's announcement, customers are now able to pick and choose where they keep their data and adhere to the necessary data protection requirements of those regions, such as GDPR, due to change the way EU residents' data is stored and managed from tomorrow.

"Business has never been more fast paced, and at the same time regulatory changes like GDPR and the ever-changing security landscape are adding complexity, making it increasingly difficult to create a digital workplace that provides employees with the information they need to be successful," said Box's chief product officer, Jeetu Patel.

"Multizone support for Box Zones gives enterprises the best of both worlds," added Patel. "Not only will they be able to make granular decisions about how to govern and store their data across the globe, but users will get the same great collaborative experience they have with Box today no matter where they, or their collaborators, are located."

The multizone feature in Box Zones works using a drop-down menu, allowing customers to change their data residency settings at will. Organisations will also have the option of assigning users to specific cloud zones, with data being migrated to a new zone automatically when the zone changes.

Box also overhauled its admin console within Box Zones, allowing admins to gain oversight of what data is being stored where, regardless of the number of zones being used.

It also confirmed that companies will be able to apply their own security policies on top of the tool, blocking data transfers between certain regions if required.

What hasn't changed is the number of zones that are available, however. Speaking at Box's World Tour event in London today, CEO Aaron Levie confirmed the company plans to add to its existing zones over time.

"From a technology standpoint we can support more and more regions over time, wherever our technology partners have data centres and infrastructure," said Levie. "So we're evolving the regional support based on the customer demand we are seeing."

Box Zones currently supports data residency across the eight aforementioned regions. Organisations are able to assign a default zone when first setting up, and then assign users via an API  the admin console.