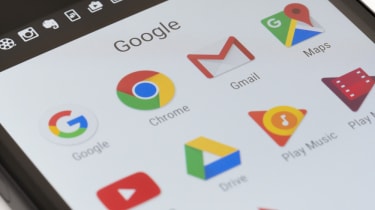 Users of the Google News app on Android have reported that the app has used excessive amounts of data in the background leading to some people being landed with a hefty phone bill.

According to posts on the Google News Help Forum, the issue first came to light in early September.

"I woke up and Google News used 7.65GB of background data overnight," said one user. "I was connected to WiFi but the signal was weak so it's possible it was connecting/disconnecting. Even still...have no idea how Google News would have a way to use that much in such a short time unless there was a problem."

Another user reported that 1.6GB of background data was used up in less than an hour on 12 September.

One user in the UK, Barrie Smith said he had reported the issue to O2 as it had billed him 194 for excess data usage.

"Google you need to contact all service providers and sort out this appalling error and refund all those affected," he added.

The highest charge caused by the app was $385. Another user was asleep when the app was downloading gigabytes of data.

"Anyone involved in this mess should be ashamed of themselves for designing such a piece of garbage.  I'm now out almost $300 because the news app was downloading 1 gig every 20 minutes while I was asleep.  Seriously, what team of incompetent monkeys did you have designing this app?" he said.

On the same forum, Google's Lisa Wang said that the relevant teams are "currently investigating and working towards a fix, and we'll be posting updates directly to this thread".

A temporary fix to the problem for anyone with Google News installed is to go into Settings> Data Usage, and disable Background data.