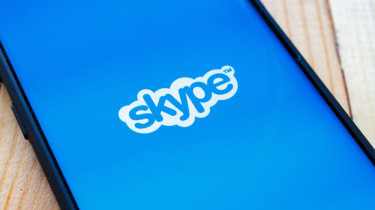 Skype will start migrating all users of its Classic iteration to version 8 of the software from the 1 November on desktop and November 15 on mobile and tablets.

The company first said it would start phasing out the old version of Skype at the beginning of September, but this latest news offers more precise information about when support will be withdrawn.

The move comes as Microsoft attempts to unify the experience between its desktop and mobile experience. Just like the entire Microsoft ecosystem, the tech giant doesn't want it to be a completely different experience when users switch between desktop and smaller screens - whether tablets or mobiles.

"The update from version 7 to version 8 allows us to unify the experience of using Skype across all desktop and mobile platforms," Ellen Kilbourne, program manager at Skype said in a Microsoft Answers forum post. "Unlike older versions, all version 8 applications are optimized to work in conjunction with our modern, mobile-friendly cloud services architecture, which has allowed us to deliver features such as video messaging and mobile group video calling over the past couple years.

"With a unified experience and with all applications now no longer having to support legacy architecture, our engineering teams can deliver features and quality improvements to customers much more quickly."

There's been a fair amount of controversy over this latest version of Skype that some users say doesn't offer the same features as the previous iterations. Microsoft said it will re-introduce some of these features

Microsoft also said it's testing the next version of the VoIP and collaboration platform - Skype 14 - which is available to Skype Insiders via the Microsoft Store.