Google+ is finally being killed-off 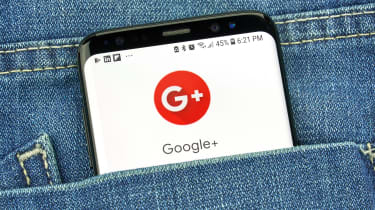 The time has come: Google is shutting down its Google+ social network to everyone.

Although the company has been talking about closing its failed platform down since last year, it has finally announced to the world that due to lack of engagement, it will cease to exist as of 2 April.

The search giant explained that the platform hadn't quite taken off and although it's been limping on for the last five years, Google has said that now is the time to give up.

"In December 2018, we announced our decision to shut down Google+ for consumers in April 2019 due to low usage and the challenges involved in maintaining a successful product that meets consumers' expectations," the company said. "We want to thank you for being part of Google+."

As of Monday, you won't be able to create new pages, profiles or community groups. In the coming weeks, the Google+ sign-in button for third-party services will stop working and from April 2nd, all content will begin to be deleted.

However, avid users of the service will be able to download their data including author, body and photos for every community post - as long as that community is public.

"From all of us on the Google+ team, thank you for making Google+ such a special place, " Google said in a rather sad farewell.

"We're grateful for the talented group of artists, community builders and thought leaders who made Google+ their home. It would not have been the same without your passion and dedication."

But those who use Google+ as part of their G Suite set up, all is not lost, because Google will be revamping the look and feel for business users.