Azuqua's workflow automation will be integrated into Okta's workplace software 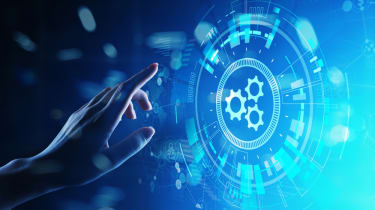 Okta has announced it will buy Seattle-based automation business Azuqua in a deal worth $52.5 million.

The startup has developed the technology to integrate data stored on different databases into one system; for example, CRM platforms, employee management or other places where data often sits without being used or analysed.

Okta's CEO, Todd McKinnon hasn't revealed exactly how Okta will use Azuqua's Workflow automation tech, only that it'll "supercharge it", but it's likely it will be added to Okta's workforce identity software, potentially synching employee details across a business's HR and payroll applications.

Other potential uses are for customer management, helping Okta move into the consumer data management space - a move enabled by the acquisition of Stormpath two years ago.

Azuqua's existing customers will become Okta's, and the company will ensure those already using the tech are fully supported during the transfer. They will then be moved over to Okta's lifecycle management platform.

"Strategically, we're pretty excited about where this positions us next to Microsoft and Salesforce," McKinnon told Fortune.

Azuqua has attracted a lot of investment from venture capitalists and was started up by ex-Microsoft employees, making it a pretty solid company to place bets on. However, one of its founders - chief technology officer, Craig Unger left last year to set up another automation business focusing on workplace compliance.

"With Okta and Azuqua, IT teams will be able to use pre-built connectors and logic to create streamlined identity processes and increase operational speed," Okta co-founder and COO Frederic Kerrest said.

"And, product teams will be able to embed this technology in their own applications alongside Okta's core authentication and user management technology to buildintegrated customer experiences."