Microsoft has unveiled early versions of its new-look Edge browser 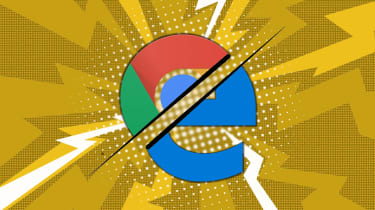 Microsoft's Chromium-powered Edge browser is now available to test, after the public release of early preview versions of the software.

As with all early-release software, the preview is primarily intended for developers to be able to test compatibility with their applications, but dedicated fans can also take the new browser for a test run.

Two branches are available to download from Microsoft's Edge Insider website: Dev, which is updated with new code weekly (and thus generally more stable) and Canary, which is updated daily, meaning new features arrive faster, but the software may be less reliable.

The company revealed back in December that it would be ditching its own web engine in favour of using Chromium, the open-source web engine which powers Google's Chrome browser. According to Microsoft, the decision was taken in order to increase compatibility for customers and reduce fragmentation for web devs.

Many popular browsers are based on Chromium, including not only Chrome itself, but also Opera and Vivaldi's browsers as well as a number of specialised browsers focusing on things like privacy and security.

Currently, the previews are only available for Windows 10 devices, But Microsoft says it is working on bringing versions to Windows 7, 8, 8.1 and macOS. A more stable beta channel, updated every six weeks, will also be coming soon.

Microsoft is expected to share more details on the project as part of the BlinkOn Chromium developer conference later this week. But thanks to a leaked slide deck from a presentation set to be given by the company's group program manager for web platform, Jatinder Mann, we have some idea of the company's plans, as well as the changes Microsoft made behind the scenes to get Edge running on Chromium.

One of the challenges Microsoft faced was incorporating support for the PlayReady web DRM system, which is used by services like Netflix to support 4K streaming. The slide deck also reveals that Microsoft is planning to integrate some of Edge's more popular features into the Chromium codebase, such as the way it handles PDF documents.

However, Microsoft also disabled a huge amount of Chromium features - more than 50, according to the slide deck.

Some of these - such as spellchecking, safe browsing and the API which integrates with Google Drive - will presumably be replaced with Microsoft's own equivalent services, while many have apparently been turned off due to the fact that "the sheer number of touchpoints...created merge conflicts". Some services, however, have likely been deactivated because they relate to specific Google products, such as Chrome OS and Google Now.

In total, Microsoft says, it has committed over 300 merges to the Chromium codebase, and plans to continue contributing as part of Edge's development.