Should you settle on a single company-wide browser configuration?

Are there enough pros for standardising on a single browser to outweigh the cons? 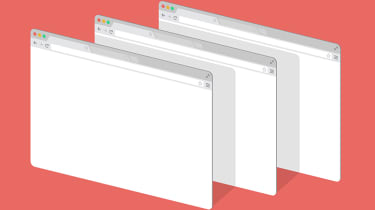 Does it matter which browser you use? You probably switch between several, depending on platform: Chrome on the desktop, Safari on your iPhone, maybe Edge at home. They all render the same pages, with broadly similar results, thanks to the standards to which they conform.

Yet, where a business rolls out a set configuration across every seat, isn't there something to be said for including which browser employees can and can't use? If standardisation controls costs elsewhere, why should the browser get special treatment?

When a browser is more than just a browser

"To me, it's a question of users having different opinions," said Jon von Tetzchner, CEO of Vivaldi Technologies, whose eponymous browser is built on the Chromium engine. "I can understand that a system administrator would like to keep some control over the software that's being used on a company's systems, but as long as users are using one of the recognised browsers, it shouldn't be a problem."

When we mention the savings of homogenisation, von Tetzchner points instead to the savings that can be made by not interrupting the user's workflow by fencing them in with a browser they would not choose themselves. "If someone is selecting one of the more advanced browsers, like Vivaldi or Firefox, they probably know what they're doing anyway."

Jan Standal, who is the vice president of product marketing and communications for Opera, broadly agrees. "I've been very lucky to always work for companies that allow a lot of user control at this level," he said. "With a category like browsers, there's very little risk for anyone to look at a different browser and install it."

Opera isn't the default browser on any platform, so the fact it's running on 300 million devices means at least that number of users has actively chosen to install it in preference to the system default. Why? In Standal's view, Opera's bundled features deserve some of the credit. With a built-in ad blocker and VPN, Opera provides many tools that, on rival browsers, could only be implemented using extensions or add-ons.

"If you said you wanted to standardise on a browser like Chrome, your argument might be that you can get all the extensions you want on Chrome to get the functionality you need," Standal explained. "From an IT management point of view, though, that's a risky approach. If IT is saying it wants to control the browser applications that their users are running, then isn't it strange to allow anyone to install whatever extensions they want? Every extension can interact with every single web page that the user is accessing."

By instead rolling them into an out-of-box configuration, Opera allows system admins to install a single browser enterprise-wide, with confidence that users will be less likely to look to third parties to plug any obvious gaps. The caveat being that particularly where the built-in VPN is concerned businesses must also be happy with Opera's default options.

Mark Williams, CEO of outsourced IT management agency Pensar, has similar thoughts about settling on a uniform configuration, although he's more accommodating when it comes to the idea of using add-ons to extend the browser's feature set. Indeed, he cites this as a key reason for choosing Chrome. "Our preference would be to standardise as far as possible across the organisation," he said. "A lot of our clients are in the creative industries, where they have creatives working on a Mac and on the business side of things they're using Windows-based PCs, so you will have some mix and match, but in general we'd be looking at providing a single configuration across an organisation."

The advantages are obvious: it makes the platform predictable and means desktops can be provisioned centrally with total confidence. Google provides Group Policy Editor templates for managing multiseat Chrome installations, while Firefox Quantum for Enterprise integrated similar features last summer. These extend to fixing users' homepages, blocking access to local configuration settings, and even switching off the ability to open private browsing tabs.

To the end user, it should make little difference which browser you prescribe, but there's an argument for allowing them to pick and choose.

"Quite often, where there's been standardisation, it's been on the lowest common denominator," said von Tetzchner. "Usually something like Internet Explorer, which most people now even Microsoft would agree is a terrible choice. For the longest time, that's what people were standardising on even though there were known security issues... and compatibility issues. Its engine was very different from the others and if you standardised on it you would run into all kinds of issues."

Standal, too, reminds us that while companies might once have settled on Internet Explorer because it was Windows' default, they had to reconsider that strategy with Windows 10, in which Edge became the new default. Furthermore, Edge currently uses "the new Edge HTML rendering engine, which isn't compatible with the previous one, so it's a new effort to try and standardise on that one". Any in-house browser-based apps that took advantage of specific features in Internet Explorer might now have to be rethought. And, with Edge's imminent switch to the Chromium rendering engine, firms may have to go through the process a second time.

Edge is expected to complete its transition within the next 12 months, at which point there will be just two major rendering engines in use: Chromium and Mozilla's Gecko (WebKit is closely related to Chromium).

Standal is keen to point out that where an organisation is developing applications for browser use or websites allowing staff to choose their own window on the web has obvious benefits, and Williams agrees that running multiple browsers in a development environment allows for passive, built-in testing. Yet he points out that this is a specific use case, rather than a model for mass adoption.

Browsing on the move

The desktop/laptop browser is just one element. Increasingly, staff are doing business on tablets and phones, not always during office hours. Should IT be legislating here, too?

"That's a good question," said Williams. "There are some benefits to using the same browser across different platforms because obviously you can synchronise browsing and account data, but it depends whether the organisation provides the devices itself, or if it has a bring your own device (BYOD) policy. We find that not all do allow BYOD, in which case it can be difficult to dictate which browser users should be running."

Synchronisation is more than just a nice-to-have feature. Forrester Research, commissioned by Google, found that it had a quantifiable effect on productivity "by keeping consistent the employee's preferences across devices in bookmarks, history, and extensions. The customers [surveyed by Forrester] noted that knowledge workers throughout the organisation would see at least 30 minutes of productivity savings each week due to the better performance, increased flexibility, and enhanced business features. When annualised, this benefit results in over three full-time days of additional productivity per employee."

"I respect that companies have different approaches," Standal said, but "there's very little risk for anyone to look at a different browser and install it. It's not going to massively increase your IT support costs or anything like that. It might actually raise some questions if you have a new system that doesn't work with Firefox, and it's better to ask them now than when Edge switches to Chromium and you're stuck with something that doesn't work any more."