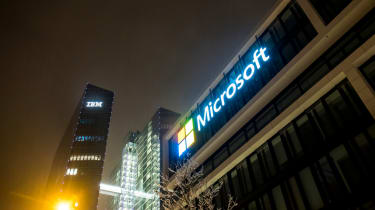 Users will now have until 13 October next year to move beyond the legacy mail and calendar server system to embark on an upgrade. The shift comes after Microsoft assessed how the state of this transition process for a number of its customers. From the new end-of-life date, the software giant will no longer provide technical support, including bug fixes and security patches discovered subsequently.

"Our commitment to meeting the evolving needs of our customers is as strong as ever, and we recognize discontinuing support for a product that has been as popular and reliable as Exchange Server 2010 can be an adjustment," the firm said.

"We also know that some of you are in the midst of upgrades to a newer version of Exchange Server on-premises, or more transformative migrations to the cloud with Office 365 and Exchange Online."

Given that Exchange Server 2010 also runs on top of Windows Server 2008 and Windows Server 2008 R2, Microsoft has reminded customers to consider how the security of the underlying operating system (OS) will be maintained. Both these systems will also reach end-of-life on 14 January.

This date on January 2020 also coincides with the end-of-life of Microsoft's flagship Windows 7 OS, still used by a large swathe of organisations across the UK. To illustrate the scale of its popularity, Windows 10 only overtook Windows 7 as the most popular desktop-based OS in January this year.

Upgrades to Windows 10 are relatively slow compared against when users were forced to transition away from Windows XP, but the company has embarked on significant efforts to ensure organisations make the leap.

The NHS, for example, signed a deal with Microsoft last year to ensure all its Trusts were given a pathway to upgrade their devices to Windows 10 free of charge.

There have been no indications that Microsoft would push back the official end-of-life date with Windows 7 as it has done with Microsoft Exchange Server 2010. Although, select users, namely governments and large enterprises, were recently offered an additional year of free Windows 7 support.