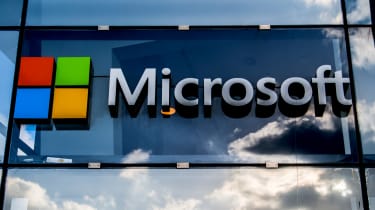 A string of buggy updates and failed software deployments in Windows 10 can be pinned on the continued dominance of "made-men" at Microsoft who "have each other's backs", according to scathing comments from a former staffer.

Former engineer James Whittaker revealed this week that despite positive attempts under Satya Nadella to restructure Microsoft's power structures after the tenure of former CEO Steve Ballmer, the industry giant has yet to shake off its ghosts from the past.

He argued that a leadership monoculture still exists within the company that focuses on the promotion of staff who closely resemble people already in power, rather than the best people for the job. Where this is defied, and candidates who fit Nadella's cultural vision are promoted instead, success is clear and evident.

"Those made-men (because they are exclusively of that gender) have each other's backs. A know-it-all manager moves to a new product group and his know-it-all team follows him.

"A newcomer exposes a fixed-mindset executive and that executive's fixed-mindset henchmen all rise to support him. Their herd immunity protects them from any serious attempts to change them."

Efforts to welcome diversity and instil change at the company are ineffective, Whittaker continued, because individuals that comprise this toxic work culture still thrive within the company. Opening the door to individuals from diverse backgrounds, moreover, is where efforts stop, with those "square pegs" forced to fit into the "round-hold management culture".

The Windows 10 operating system (OS) is the perfect example of where performance has suffered, because Nadella "simply rearranged the made-men deck chairs", argued Whittaker.

More specifically, the individuals behind failed attempts to devise a winning strategy for the Windows Phone were moved over to Microsoft's desktop division. The result has been Windows "continuing its tradition of boring, buggy software and consistently fumbled updates", despite there being genuine talents with the team.

Although Microsoft understands that it has a problem, Whittaker has recommended the firm ditches the executives within the company with ties to Bill Gates and Steve Ballmer in order to move on successfully under Nadella. He argues this can be demonstrated by looking at successes in the areas in which the "made-men" were pushed aside for stronger candidates.

Windows 10, over the last few years, has indeed suffered from a string of buggy software updates. Beyond a host of disastrous features, such as the April 2018 and October 2018 updates, smaller patches have also been riddled with bugs that have disrupted the Windows 10 experience for some users.

IT Pro has contacted Microsoft for comment on the allegations.