Microsoft to release SDKs for Surface Neo and Surface Duo 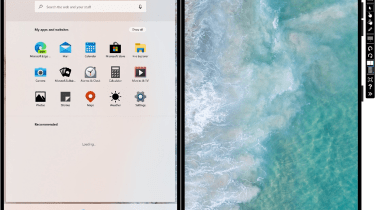 Back in 2010, speculation behind Microsoft’s first dual-screen device (reportedly named the Courier) was found to merely be a subject of rumour and fanfare; a disappointment to Windows fanatics everywhere.

Ten years later, Microsoft is finally releasing software development kit (SDK) previews to its first-ever, long-awaited dual-screen devices: the tablet-like Surface Neo, and Surface Duo (essentially a foldable phone), both of which are expected to be available to consumers by the end of the year.

The Surface Duo SDK preview can be run by anyone with an Android emulator, encouraging app developers, to explore and imagine dual-screen adaptations ahead of the Surface Duo’s release.

While Microsoft intends to have an SDK for the Windows dual-screen devices, which will effectively run the retooled Windows 10X, in February.

That SDK will use the Microsoft Emulator, which  is a dual-screen Hyper-V emulator for developers using the Windows Insiders preview build of 64-bit Windows 10, will simulate the physical design of the Surface Neo so that developers can see how their apps interact with Windows 10X

Apps modified for the Surface Neo and Surface Pro “by default will occupy a single screen” though users will simultaneously be given the option to “span the app to cover both screens when the device is in a double-portrait or double-landscape layout”, according to Microsoft.

When they make their debut later on in the year, both devices are expected to deliver optimised dual-screen devices, with the Surface Duo looking like it will use a Windows 10-esque user interface on top of Android, and the Surface Neo making use of Windows 10X.

Although no exact date has been mentioned, Microsoft stated developers will have access to a pre-release version of the Windows 10X SDK within the coming weeks