Computer scientist Larry Tesler was a pioneer in user-friendly computing 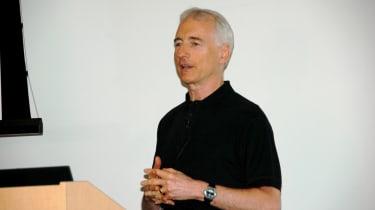 While his career spanned Xerox, Apple, Amazon, and Yahoo, he's best known for creating the cut and paste command, which was reportedly based on the traditional method of paper editing, which involved physically cutting out text or images in order to glue them onto a different page.

Tesler was born in the Bronx, New York, in 1945. A graduate of the Bronx High School of Science, he moved to the West Coast in the early 1960s to study computer science at Stanford University. In the late 1960s, he worked for the Stanford Artificial Intelligence Laboratory and went on to join the Xerox Palo Alto Research Center (PARC). In 1980, when he was poached by Steve Jobs for Apple, initially to help develop the Apple Lisa desktop computer, but stayed in the company for two decades, holding high-rank positions such as chief scientist and vice president of AppleNet, as well as Apple’s Newton Group.

From 2005 until 2008, Tesler worked for Yahoo as vice president of their user experience and design group. Following his retirement, he became an independent consultant.

His creation of cut and paste reflects his strong preference for modeless software, in which actions are consistent through an OS despite moving through different apps or software. His Twitter handle as well as his automobile licence plate read “no modes”.

Following his death, his former company, Xerox, posted a tribute to him on Twitter, thanking him for his “revolutionary ideas”.

The inventor of cut/copy & paste, find & replace, and more was former Xerox researcher Larry Tesler. Your workday is easier thanks to his revolutionary ideas. Larry passed away Monday, so please join us in celebrating him. Photo credit: Yahoo CC-By-2.0 https://t.co/MXijSIMgoA pic.twitter.com/kXfLFuOlon