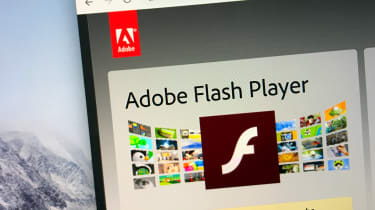 Microsoft has rolled out an optional update for Windows 10 that permanently removes Adobe Flash from the operating system and prevents it from being re-installed.

Ahead of the long-awaited end-of-life date for Adobe Flash, which will fall on 31 December 2020, Microsoft has released a tool for Windows 10 and Window Server that strips out all elements of the software.

The company has released the removal tool in advance of this cut-off point to help customers test and validate their environments for any impact that might occur by the removal of Adobe Flash Player.

The extent of the removal is such that the only way to re-enable Flash Player would be to reset a device to an earlier system restore point, set manually beforehand, or by reinstalling the Windows operating system from scratch.

Adobe decided in 2017 to retire its Flash Player due to the diminished usage of the technology, and the availability of better and more secure options including HTML5, WebAssembly and WebGL.

Ahead of the three years of notice ahead of the end-of-life date, Adobe will not provide support for enterprises using Flash Player, although businesses can still manually re-enable functionality should this be required.

Microsoft previously suggested it would be releasing such a tool last month in order to allow businesses to test their systems upon the removal of Flash Player before its official retirement date. Users can download this optional update from the Microsoft Update Catalogue manually.

From summer next year, all APIs, group policies and user interfaces that govern the behaviour of Adobe Flash Player will be removed from the legacy Microsoft Edge and Internet Explorer 11.

Flash Player updates and patches will continue to be rolled out between now and the end of 2020, although will cease once 31 December is reached. Disruption shouldn’t be too severe, however, given just 5% of websites were still using the environment as of 2018.