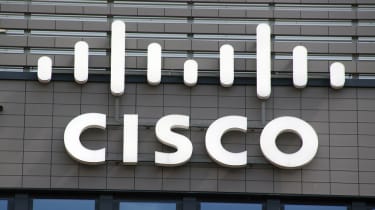 Updates to Cisco’s app-monitoring tools will offer customers a visualisation of how their apps and infrastructure tie together, giving them the capacity for speedy troubleshooting when things go wrong.

The networking giant has updated its AppDynamics software to offer businesses a visual map of the user experience (UX) for their apps, which can be used to identify issues and bottlenecks. This experience journey map shows the most common customer journeys and flags problems that arise, ranging from a marked drop-off in users to delays.

Improvements to Cisco’s Intersight dashboard, moreover, will help customers identify how and to what extent their apps and infrastructure are dependent on each other to function. This visual flowchart introduced with a new ‘workload optimser’ tab will, in turn, allow businesses to drill down to the root causes of particular issues priorly identified.

Powered by machine learning, a recommendation engine will also suggest specific, actionable changes that system managers be made to improve performance and resolve problems initially flagged in AppDynamics.

“Applications are now at the heart of every business but managing the IT infrastructure to ensure a positive user experience has never been more complex,” SVP and GM for cloud, compute and IoT, Liz Centoni, told delegates at the company's annual Cisco Live conference in Barcelona.

“These new technologies provide full visibility and deep insights into all aspects of infrastructure through the lens of application, simplifying real-time correction and automated predictability to identify and fix issues before they even happen.”

The improvements amount to fusing the world of apps and infrastructure, with massive amounts of data pulled from both critical areas, and made available to the separate teams responsible for overseeing them.

This feeds into Cisco’s long-term vision for bringing together apps and infrastructure, something it sees as one of the biggest software priority areas for itself and its customers over the next decade.

“If we look back at the last decade, what happened? It really was about the application. It was ‘the rise of the application’, whatever you want to call it, there’s lots of words for it,” said Cisco’s EVP and GM for the networking and security business, David Goeckeler.

“Application is king. Towards the end of that decade, the infrastructure business that we’re all a part of started to keep up.

“And what I think this decade's going to be about, is how these two worlds come together even more seamlessly to power this world of the most advanced applications.”

He added that Cisco is hoping to evolve all aspects of infrastructure, from the data centre to the multi-cloud environment, to build automation and security-by-design directly into software as it’s developed and deployed by customers.