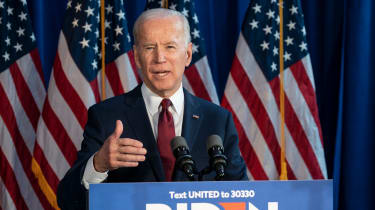 The official app for the Trump campaign is doubling-up as a powerful data collection tool, accessing users'  users’ contacts, location and Bluetooth connection.

Data collection and targeted online messaging are integral to election cycles. While the 2016 election saw the use of social media platforms to reach voters, the 2020 election cycle has turned to campaign apps promoted by the candidates.

These apps, distributed via the Apple App Store and the Google Play Store, enable the Trump and Biden campaigns to directly to voters and collect huge amounts of user data without relying on social media platforms or exposing themselves to fact-checking.

The Trump campaign launched its official app in April. Since debuting, users have downloaded the app 780,000 times, according to the measurement service Apptopia. While the app features carefully curated feeds meant to reinforce the Trump campaign’s main talking points, it also serves as a powerful data-collection tool.

When signing up for the app, users must provide their full name, phone number, email address and zip code, and they are also encouraged to share the campaign app with their existing contacts. The campaign aims to reach likely Trump voters and collect each of these voters’ mobile numbers.

The Biden campaign launched its own app, though it asks for less information than the Trump campaign’s app. Beyond basic network and notification permissions, the Team Joe Campaign App requests access to users’ contacts.

According to MIT Technology Review, the Trump campaign app’s use of Bluetooth is especially notable as Bluetooth beacons were recently found in campaign yard signs. As an individual passes a campaign sign with a beacon embedded in it, they’re recorded and identified using Bluetooth.

The campaign uses this data to build a profile, and then uses that profile to target advertising at specific individuals or people like them.