Google’s contact tracing tech will be blocked in China 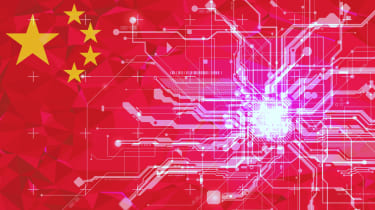 Hundreds of millions of Chinese mobile phone users won’t be able to access technology being developed by Google and Apple to power a contact tracing app that aims to contain the spread of coronavirus.

An application programming interface (API) being developed by the two US technology giants is being sampled by healthcare organisations across the world, including the UK, with the NHSX working to develop a contact tracing system.

However, as Android smartphones sold in China cannot have Google services pre-installed, more than 600 million people may have to rely on different systems and technologies, as reported by Zak Doffman in Forbes.

This may also pose an issue in nations outside of China for users who’ve purchased the Huawei P30 series or the recently-launched Huawei P40 series, both of which are also lacking Google services due to an executive order banning US companies from doing business with Huawei.

Governments may find it difficult encouraging uptake with many unable to download apps based on the API.

Moreover, there appears to be no short-term fix for these smartphone users or individuals in China. This presents a potential issue for this technology’s effectiveness, with governments suggesting they would require between 60% and 80% uptake across populations for contact tracing to make a difference.

This is in addition to approximately two billion mobile phone owners around the world who are unable to use the smartphone-based system, according to the Financial Times. This is because the specific wireless chips needed for the technology to work correctly won’t be present in hundreds of millions of handsets still in active use.

The API is built around a mechanism by which individual smartphone emit Bluetooth signals at all times. When two smartphone signals come into close proximity, they download key codes to one another’s device to register a ‘contact’.

After users flag whether they are experiencing coronavirus symptoms, or if they have tested positive, all those they’ve been in contact with are sent alerts. It’s expected that any app based on these principles could accelerate the lifting of lockdown restrictions, and protect the population against future outbreaks.

There are a string of practical issues that may also impede the rollout of a coronavirus app in the UK, despite the UK government’s intentions of developing and releasing technology based on the Google and Apple API as soon as possible.

The UK is ‘too technically limited’ for any such app to be effective, according to a rapid-response report prepared by the Ada Lovelace Institute, with technical and social shortcomings likely rendering the task pointless.

There may be a heavy degree of imprecision in detecting ‘contacts’ between smartphones, for example, while mass-take up can only be achieved if there’s a high level of public trust in the data-gathering exercise.