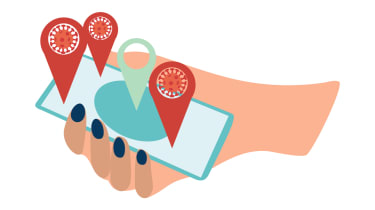 NHSX CEO Matthew Gould has announced that the UK’s contact-tracing app, which is will help to ease coronavirus lockdown restrictions, will be released to the public in May.

Speaking to the Science and Technology Committee, Gould said that the app would be "technically ready" for deployment in "two to three weeks".

He also stated that the app, which will alert users to recent contacts who are infected with coronavirus, would be crucial for the UK to exit lockdown without creating an environment for an even greater virus outbreak.

"If you want to protect the NHS and stop it being overwhelmed and, at the same time, want to get the economy moving, then the app is going to be part of an essential part of a strategy for doing that," he said.

Gould’s announcement comes just days after the UK government made the unexpected decision to adopt a centralised model for its contact-tracing app, snubbing Apple and Google's jointly-developed decentralised API which has been chosen by other European countries.

Professor Christophe Fraser, a senior group leader in pathogen dynamics at the University of Oxford Big Data Institute who has been providing crucial advice during the app’s development, told the Committee that only a centralised approach would provide epidemiologists with enough insight into how effective the app was proving to be.

“Because we don’t know what the uptake of the app will be, in scenarios that are relatively pessimistic we found that if roughly 60% of the population use the app, it would be enough to bring the reproduction number below one and control the epidemic,” he said.

The Science and Technology Committee also heard that the development of the app did not start until 7 March, just two weeks before the UK went into lockdown.

Gould said that the “teams of people looking at it 24/7”, adding: "We are, I hope, on course to have the app ready for when it will be needed, for the moment when the country looks to have the tools to come out of lockdown safely."

Last week, the app was being tested at a North Yorkshire Royal Air Force base, with the health secretary describing the trials as "going well".