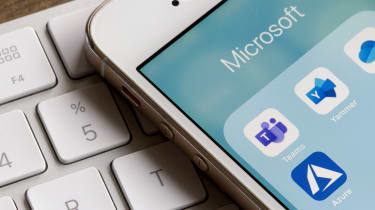 Every year, thousands of developers descend on Seattle to take part in Microsoft’s annual Build developer conference. It's one of the company’s flagship events, where it shows off the latest products and tools that developers will have access to across its Office, Azure and Windows platforms.

This year, however, is a little unusual. Due to the ongoing coronavirus pandemic, Microsoft has been forced to pivot Build to being an online-only event for the first time in its history. Instead of packing into auditoriums and conference halls, more than 100,000 attendees tuned into live streamed sessions to hear the latest news.

“While this year feels different, coming together as a community is more important than ever,” Microsoft CEO Satya Nadella acknowledged in his opening keynote address.

“Our industry has been called upon to help address the world’s most acute needs through this crisis, and I’m proud of how all of you have raised the game and been there when the world needed you the most, serving as those digital first responders to the first responders out there for whom we are very thankful - and for me, that’s been a point of light amidst this crisis - seeing developers come together with those on the front lines.”

Nadella highlighted the role that technology has played in facilitating the fight against COVID-19, referencing Microsoft’s work supporting Johns Hopkins University and the NHS, among other organisations.

“The role of developers is more important than ever,” he noted. “Already we’ve seen something like two years worth of digital transformation in just two months, and we’ve seen how critical digital technology is in the three phases of this crisis, from emergency response, to the recovery phase, to the reimagining the world going forward.”

The ongoing global lockdowns have ensured that cloud computing and remote collaboration have remained the two most important talking-points at this year’s conference, and while few products related directly to the pandemic, the vast majority of the company’s 50+ announcements dovetailed neatly with these two key areas.

Microsoft’s Azure portfolio was the recipient of the most updates, with new and improved features supporting things like container workloads, AI development, data analytics and more. The recently-redubbed Microsoft 365 got a few new capabilities, including an all-new list-making app that acts as a day planner-come-project management tool, and Windows devs got the first official release of the all-new Windows Terminal app, as well as brand new PowerToys.

“Companies are now looking to an uncertain future and focusing on rebuilding,” said Nick McQuire, CCS Insight’s senior vice president and head of enterprise research, “which is why this year's Build is particularly critical. It's also why Microsoft is leaning in at this event on areas that are more relevant than ever, such as trust, business impact and technical excellence.”

“The bottom line is that winning the hearts and minds of developers, along with the trust of enterprises, are now the foundations of competition in the wars for cloud supremacy. This is why Build is now an existential event for Microsoft.”