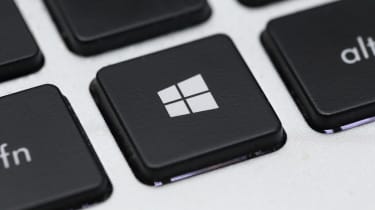 Microsoft didn’t spend all of its time at this year’s Build conference talking about its three core product lines of Azure, Windows and Microsoft 365. There were a handful of more general announcements around some of its other activities, too.

One of the most impressive things to come out of these was the news that the cloud-based supercomputer Microsoft has been developing with OpenAI is not only complete but also one of the world’s most powerful machines. Elsewhere, the company has unveiled a number of new social initiatives, and a tool to let customers measure the performance of their dev teams.

Microsoft builds an AI supercomputer in the cloud

Last year, Microsoft announced that it was partnering with OpenAI to help develop new cloud-based supercomputing resources to accelerate its work in researching safe general AI. At this year’s Build conference, the first fruits of that partnership came to light, with the news that Microsoft has created one of the top five supercomputers in the world in terms of raw computational power.

Comprised of “285,000 CPU cores, 10,000 GPUs and 400 gigabits per second of network connectivity for each GPU server”, the monster system was built exclusively for OpenAI’s use, but Microsoft says it’s the first step towards making the technology available for everyone to use. The company also announced an updated version of its DeepSpeed PyTorch deep learning library, which Microsoft claims is significantly more efficient than the previous version.

Industrial control systems are one area in which artificial intelligence has huge potential for improving efficiency and stability. Microsoft is hoping to further AI development within this sector with the preview of Project Bonsai, a machine teaching service that allows developers, engineers and experts to proactively specify desired approaches and results when training AI systems, rather than relying solely on data.

In order to help developers come to grips with the new tool, it’s also releasing Project Moab, a robot consisting of three articulated arms that are used to hold up a platform. By teaching this robot to balance a ball, engineers can get to grips with the fundamentals of how Bonsai works before applying it to their own use cases. The robot is available to 3D print now, and pre-built units will be available for purchase later this year.

Microsoft isn’t alone; many companies (including IT Pro) are now turning to digital broadcasts as an alternative to in-person events while global lockdowns remain in effect. Maintaining a high level of production can be challenging under these circumstances, but Microsoft is helping to keep standards high with new NDI support and Skype TX interoperability for Teams coming in the next couple of months.

Aimed at reproducing sophisticated broadcast content, these features essentially allow producers to ingest A/V feeds from Teams and Skype into professional broadcast production suites. While this solution may be slightly too advanced for every company to take advantage of, it should help increase the overall production quality of some larger virtual conferences.

Now more than ever in this time of quarantine, developers are the new kingmakers, and ‘developer velocity’ is quickly being established as the newest buzzword for quantifying the productivity of your development operation.

In order to help companies measure this, Microsoft has released a new Developer Velocity Assessment tool to benchmark their dev teams and compare their performance and maturity to other organisations. The assessment will also identify areas for improvement with recommendations to help organisations improve their score.

In a bid to target specific industry verticals with specialised needs and requirements, Microsoft is launching a new Industry Cloud product line. The new line will combine the company’s existing cloud capabilities with specific APIs, models and processes required by the sector in question.

Somewhat unsurprisingly, the first industry to be tackled is healthcare, with a focus on in-depth analytics, compliance and data accessibility. Microsoft Cloud for Healthcare is available in public preview now, with general availability scheduled in Q4 this year.

The second version of Microsoft’s HoloLens mixed-reality headset will begin shipping to more countries starting this autumn. The headset is already available in key markets such as North America but will be coming to more locations in Europe, Asia and Scandinavia.

Microsoft’s certification for Azure IoT specialists is now available to any developer who wishes to earn it, after being in beta since January. The course covers all of the tools and processes which make up Microsoft’s IoT portfolio, with free learning resources for self-guided study. Paid instructor-led training is also available.

As part of the conference, Microsoft made the announcement that its Azure NetApp Files service for mission-critical workloads hit four-nines availability - AKA 99.99% uptime. In actuality, the milestone was reached back in February, but the company decided to wait until Build to formally announce it.

For engineers and data scientists working with machine learning models, Microsoft is bringing a set of optimisation techniques to its open source ONNX Runtime which was originally developed for the Turing model. Coming next month, these optimisations will allow dev to further accelerate model workloads running on frameworks like PyTorch and TensorFlow.

On the subject of coronavirus resiliency, Microsoft is launching a new content channel hosting technical content, information and insights for developers. Learn TV will collect content produced across Microsoft’s business, and curate it to help developers grow their skills.

Microsoft is also extending its largesse to the non-profit sector, where it will be partnering with Giving Tech Labs to launch a new innovation hub dubbed ‘X4Impact’. This hub aims to create a ‘trusted online exchange’ where non-profits and charitable foundations can collaborate on social problems, and will aggregate resources and data from trusted sources.

STEM education is an issue which most tech professionals can get behind, and one which can always benefit from more resources. To that end, Microsoft has created the Microsoft Learn Student Ambassadors Program, which gives students the chance to get involved in the sector through open-source contribution, free training and resource and experience with the latest technology, as well as mentoring from top tech professionals.

For developers baking Microsoft-enabled security into their applications, the Microsoft Authentication Library now supports Angular in general availability and  Microsoft.Identity.Web for ASP.NET Core in preview, giving them more flexibility in how they develop and implement it in their apps.