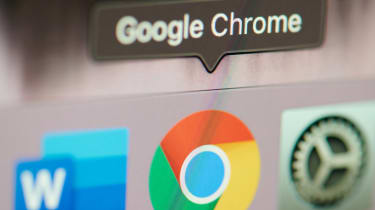 Google has announced the launch of a new default anti-notification spam system which will aim to protect Chrome users from abusive notifications.

The system, known as the 'quieter notifications UI', has been an opt-in feature since February but will be rolled out as a default setting in July.

Explaining the reasoning behind the decision, the tech giant said that abusive notification prompts are among the most frequently reported user complaints when it comes to Chrome.

“A large percentage of notification requests and notifications come from a small number of abusive sites. Protecting users from these sites improves user safety & privacy on the web, and makes for a better browsing experience,” the blog post read.

“Only a small fraction of websites will be affected by this change but we expect the impact on notification volumes will be significant for some users.”

According to Google, these notifications are often used to mislead users, but also have the potential to “phish for private information or promote malware”.

Site owners that have their domain registered with Google's Search Console will be able to check if their site has been blocked in July, using the Search Console dashboard in the new Abusive Notifications Report section.

Google’s decision might be able to significantly improve the experience of Chrome users who struggle to focus on work. It might also lead to fewer security incidents, including cases of phishing and malware.

The announcement comes days after Google released a major update for its browser, introducing revamped security and privacy controls. The arrival of Chrome 83 came two months after Google announced that it had cancelled development of version 82 in order to "maintain stability" during the global COVID-19 pandemic.