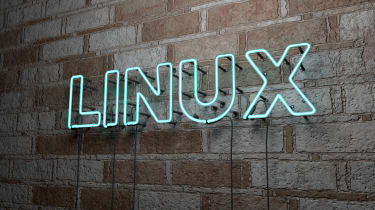 Racially-sensitive terms such as ‘master’ and ‘slave’ will be stripped away from the Linux kernel operating system, its creator Linus Torvalds has confirmed.

In light of the Black Lives Matter movement and a growing spotlight being thrown on racial insensitivity, Linux has followed a string of organisations in the tech community to reconsider the terminology used in development.

Linus Torvalds has updated the general coding style guide with provisions for replacing potentially racially-insensitive terms, which will be abolished in favour of alternatives for use in the Linux community.

For master/slave, Torvalds has recommended a number of alternatives including primary/secondary or main/subordinate. Other options include controller/device, leader/follower and director/performer, although no set, in particular, has been recommended over any other.

The style guide has, furthermore, recommended removing blacklist and whitelist and replacing these with either denylist/allowlist and blocklist/passlist, where possible.

Exceptions for this including maintaining the Linux kernel API, or when updating code for an existing hardware or protocol specification that requires those terms to be used. For new specifications, Torvalds has recommended translating specification usage of the terminology to the new coding standard where possible.

Linux has become the latest organisation to scrap development terms that may be perceived as racially insensitive and in order to build a more inclusive environment in the tech industry for black and ethnic minority candidates.

GitHub confirmed last month it would be replacing the terminology of its default branch structure from ‘master’ to something more neutral, such as ‘main’, in order to remove any references to slavery.

CEO Nat Friedman confirmed on Twitter in response to Google Engineer Una Kravets who called on the development hub to follow her company’s push. This follows the Chromium team’s plans to eliminate the subtle forms of racism found its code.

The National Cyber Security Centre (NCSC) has, for some time, been of the same impression, with its head of advice and guidance Emma W publishing a blog explaining why it would be moving away from terms such as blacklist and whitelist.