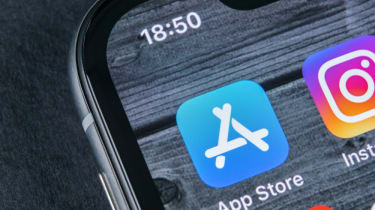 Spotify and Epic Games have joined an alliance of tech firms that aims to challenge Apple and its App Store practices.

The Coalition for App Fairness plans to challenge the iPhone-maker’s “App Tax” imposed on creators and consumers, a store commission ranging between 15% and 30%, as well as a number of practices the group deems as anti-competitive.

Apple charges developers for any apps that use in-app transactions but has been accused of hiding this practice from its customers. Last month the social media giant accused Apple of forcing it to remove a message from its iPhone app that informed users about the mandatory 30% commission.

The newly-launched Coalition for App Fairness announced plans to advocate legal changes that would force Apple to abandon the regulation. Apart from Epic and Spotify, the alliance also consists of Basecamp, Tinder owner Match Group, Blix, Blockchain.com, Deezer, and Tile, as well as the European Publishers Council, News Media Europe, and Protonmail.

Apple addressed the criticism by updating its App Store page with new statistics promoting its security. It stated that in 2019 alone, its team rejected over 150,000 apps for violating the company's privacy guidelines and took down 60 million spam user reviews since the start of this year.

Describing the App Store as “an innovative destination focused on bringing you amazing experiences”, Apple said that the apps offered on the platform “are held to the highest standards for privacy, security, and content”.

“Because we offer nearly two million apps – and we want you to feel good about using every single one of them,” it added.

Epic has been embroiled in a legal battle with Apple since August, when it sued both the iPhone-maker and Google for removing its popular game Fortnite from their app stores.

Epic had claimed that it would offer a 20% discount to players who purchased in-game currency directly from Fortnite rather than through the app, in an effort to dodge the 30% “App Tax”. Apple justified the app's removal based on Epic's of “intent of violating the App Store guidelines”.

Earlier this month, Epic filed a preliminary injunction in its legal dispute with Apple, accusing the developer of being a monopolist and demanding the restoration of its Fortnite game to the App Store.