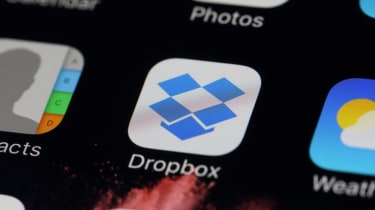 Dropbox has partnered with Facebook on a digital transfer project which will allow users to import data directly from their social media accounts.

Starting today, the new integration will help users securely transfer photo and video libraries from Facebook, as well as organise the files in any chosen way.

The integration also offers customisable privacy settings, and although the imported files will be set as private by default, users can choose to share the albums with others.

Commenting on the release, Dropbox’s VP of Business Development Jamie Perlman said that the company’s goal was to “provide products and services that make our users’ digital lives easier and less chaotic, so they can really focus on what matters”.

“People no longer accept being locked into one service or product, and want the freedom to use the tools they love. We’ll continue to look for ways to seamlessly integrate with best-in-breed products so that we can serve as the connective platform for all of today’s leading productivity tools and devices,” he added.

The release of the new integration comes weeks after Facebook called for appropriate legislation to be introduced in order to make it easier for users to transfer photos and videos to a competing tech platform.

In comments sent to the US Federal Trade Commission (FTC), Facebook said it planned to improve on its existing data portability tools “in the coming months”. A hearing on the topic is scheduled for 22 September 2020.

Currently, Facebook already allows users in the US and Canada to transfer photos and videos to Google Photos.

Meanwhile, in June, Dropbox unveiled several other features which aim to help users stay organised while they work from home. The updates included a password manager service called 'Dropbox Passwords' and filing system called 'Dropbox Vault', as well as an automatic backup service, 'Computer backup', which saves Mac and PC folders to Dropbox for secure access on the go.