How to choose the right Linux distro for you

Choosing a Linux distribution is very different from any other “purchasing” decision you can make, so go in with your eyes open 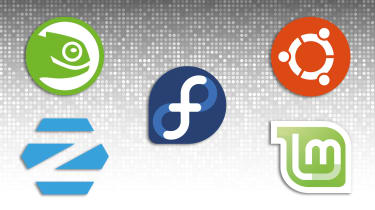 A lot has changed in the past 20 years. At the turn of the millennium, KDE was less than two years old, work had begun on Gnome just a few months before and Microsoft clearly saw Linux as a threat, rather than something to embrace. Today, Linux underpins macOS, Android and iOS, it’s been integrated into Windows, and pure Linux environments are as attractive, easy to use and fully featured as a “mainstream”, charged-for OS.

Moreover, the client applications, including LibreOffice and GIMP, are accomplished enough that switching to Linux should no longer be seen as a compromise. It’s different, but that doesn’t make it less suited to business use. It’s been core to IBM’s systems strategy for the past two decades, with Big Blue investing $1 billion in improving the OS, embedding its own developers within Linux teams and building servers and clients centred on the kernel. In 2019, it acquired Red Hat for $34 billion, and you don’t get much more committed than that.

What does this mean for us, the punter? Not necessarily that it’s “the year of Linux”, but that its star continues to rise, and its future looks as bright as ever. Furthermore, if you’ve been holding off, now would be the time to leap – particularly if you have a Windows 7 machine calling out for an upgrade that you’d rather not transition to Windows 10.

Searching for the “right” Linux needn’t cost you anything more than time. The distributions are mostly free to download and use, so if your first choice doesn’t suit, you can switch at no cost. Core applications such as LibreOffice and GIMP also run on any of them, and are easy to install.

While there are dozens of builds to choose from, they’re mainly drawn from four families: Arch; Debian, which includes the Ubuntu branch; Red Hat, which spawned ClearOS and Fedora; and Slackware, the parent of SUSE and openSUSE. Chrome OS and Chromium OS share a codebase with Gentoo, while Android uses a modified version of the Linux kernel. Although macOS, OS X, iOS, iPadOS and co are described as “Unix-like”, they’re based on the XNU kernel, developed and open-sourced by Apple but named to denote that “X is Not Unix”. The operating systems Apple builds using XNU are not open source.

If your head’s spinning, either disregard these distinctions or check out Wikimedia’s comprehensive, if complex, family tree of the Linux offspring.

At the time of writing, DistroWatch, which gauges popularity by measuring traffic to the various distributions’ content on its site, has seen MX Linux consistently top its charts over the last six months. Old hands Debian, Ubuntu and Fedora were between fourth and eighth, with a little switching around.

However, what works for some users won’t suit others, and although we enjoyed using MX Linux it wasn’t, ultimately, the distribution we went back and reinstalled for long-term use.

When choosing a distribution, consider not just the look and feel – which can often be tweaked – but the extras each one offers. Zorin has an education build and will soon be shipping Grid, which aims to simplify network-based administration by centralising control for a fleet of desktops in a unified cloud dashboard.

Elsewhere, big names with long histories – such as Ubuntu, SUSE and Red Hat – have specific offerings for enterprise. These come with paid support that, despite being infinitely more expensive than free alternatives, may be an easier sell at C-suite level. When you’re paying for support, you can demand a certain level of service, minimise downtime and place less emphasis on forums as a cure-all.

Where you’re running bespoke applications that can’t be ported or for which there are no Linux equivalents, make support for the Wine compatibility layer a priority, as this lets you run many Windows applications natively. See appdb.winehq.org for a list of supported software. The Wine project itself maintains binary packages for Ubuntu, Debian and Fedora, while SUSE, Slackware and FreeBSD build and support alternatives for their own distributions. Again, if you prefer to pay for a commercial implementation, you should check out CrossOver from CodeWeavers.