If you’re after a good-looking and smooth-running distro, the answer is Elementary, my dear Watson 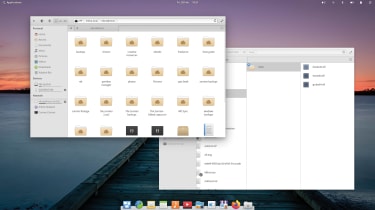 In the unlikely instance you didn’t want to reveal you were using Linux, this is the distribution you’d choose. Even without any tweaks, the Pantheon desktop is bright and welcoming, with an air of macOS. In large part this is thanks to its choice of fonts and the centralised dock (or “Plank”) that gives quick access to favourite apps and slides off the screen when you maximise a window. Elementary OS founder and CEO Daniel Foré addressed this in a myth buster posted on the Elementary blog, stating that “we have less in common with OS X than others would have you believe”.

If you’re coming from Windows (or a Mac), it does have a few quirks, but you’ll likely be over them within the first hour. Tapping the Windows key doesn’t open the applications menu, but displays a shortcuts cheat sheet (you can change this behaviour via the settings app), while combining it with the arrow keys doesn’t snap a window to the screen edge, but switches between desktops.

Although it’s Ubuntu under the hood, you wouldn’t know from either its skin or the sparse software bundle it installs by default. However, like the other distros on test, it comes with a fully stocked AppCenter from which you can install the usual software, including LibreOffice, Firefox and Thunderbird. There’s no predefined office suite, but the developers have opted for the Epiphany browser and the distribution’s own Pantheon Mail application for communications.

Some downloads in the AppCenter are priced ($10 for Quilter, a distraction-free writing tool; $1 for Beemy, a BMI calculator, and so on), which is unusual. Clicking a price to download them opens a credit card payment form, which is processed through Stripe. Fortunately, the prices are merely suggestions, which can be zeroed by clicking the down-pointing arrow beside them, and they shouldn’t come as too great a surprise, as Elementary is one of only two distros on test that asks for payment up front, with the other being Zorin OS. You can choose to reduce your contribution to $0, but around 1% of users do pay, with most contributing $10. 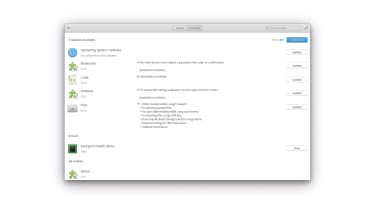 We installed version 5.1, Hera, which shipped on 3 December 2019 and is based on Ubuntu 18.4 LTS. Elementary OS version 6, Odin, is in the works, but there’s no word yet on when to expect it. It was smooth and fast in our tests, and in Geekbench it turned in respectable scores of 1,011 and 2,001 for single-core and multicore performance respectively.

Installing Elementary OS was entirely fuss-free. We booted from a live USB, which immediately recognised our wireless hardware, allowing us to get online before we’d even installed it. It downloaded the latest patches in the background and, when it rebooted at the end of the process, the resulting OS was up to date and ready to roll… for a while. It was a refreshing experience after installing so many distributions that either couldn’t see or couldn’t use our wireless hardware until we’d found some alternative route to the web. However, the next time we rebooted Elementary, our Wi-Fi disappeared, leaving us in the same position we’d been in with its rivals.

It also lost track of the touchpad when we closed and reopened the lid – an affliction from which many of its contemporaries also suffered. We reverted to a USB mouse while we fixed the issue using a script that unloaded the touchpad driver when the lid was closed and restarted it when it was opened.

Otherwise, peripherals and external devices were handled smoothly. Our wireless printer was detected and, once we’d installed SimpleScan, so was our networked scanner. External drives popped up within a second or so of being connected, and it had no difficulty mapping folders on a NAS. Extended buttons on our keyboard – such as volume controls and brightness – as well as the keyboard backlighting worked as expected and, where appropriate, also displayed complementary onscreen overlays.

Elementary OS is possibly the best-looking distribution on test, and we only say “possibly” because it’s such a close call between it and Zorin. We avoid using words like “nice” in reviews, but here it’s justified: if you want something that’s as nice to look at as it is to use, either would be an excellent choice.